At Miami’s  Bay of Pigs museum Trump thanks America’s champion “deplorables” for their overwhelming support. 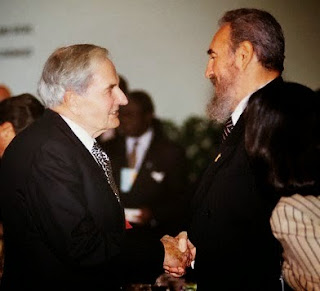 “Anti-establishment” and “anti-elite” sentiments seem rife nowadays…. Fine. Let’s have a look at a cause that for decades has united the supra-national elite establishment like almost no other. Here’s a (partial) list of all the outfits constantly clamoring against the Cuba “embargo.”

Fidel Castro at a luncheon given in his honor by the Wall Street Journal in 1996–that’s a smitten David Asman of Fox Business asking for Castro’s autographs during the media and business-star studded event. 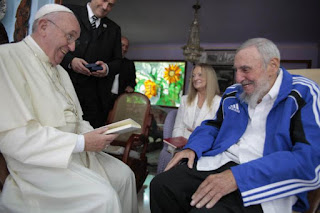 The Vatican–including the famously “anti-communist” Pope John Paul– joined hands with the Communist international in clamoring to end the Cuba “embargo”– and thus further enrich the Castro-Family-Crime-Syndicate.

All these clamor against the so-called Cuba embargo:

“The world laughs at us!” says Donald Trump to hysterical ovations from his fans. He refers to how foreign politicians and businessmen take advantage of U.S. trade policies as enacted by “elites.”

And if it’s “greedy elites” that cleverly craft and slyly enact foreign policy harmful to middle Americans —if so, you’ll notice that the outfits mentioned-above who’ve been clamoring to end the Cuba “embargo” (from The Trilateral Commission to the Davos Group to David Rockefeller’s Council on Foreign Relations to George Soros’ Open Society Foundation) aren’t exactly comprised of typical NASCAR or Bassmaster Classic fans–or deer-hunters. 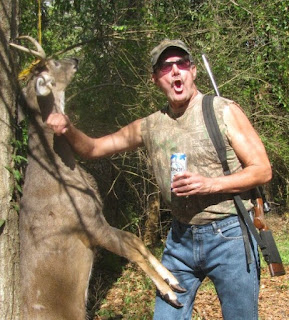