Here’s one way to take out your hot-headed Cuban disgust over the Normalization Circus and the Coronation Visit.

Attack the Tampa ball players who took part in the circus.

One can only guess what this  Cuban exile shouted at the baseball players in the dugout.

From the Tampa Bay Times:

The Rays came face to face with political fallout from their trip to Cuba during Saturday’s game at Bradenton’s McKechnie Field when an fan ran onto the field and threw two beverage containers into their dugout.

The fan, who was of Cuban descent, was arrested and charged with trespassing, causing affray and assault (for throwing a can of beer), according to Bradenton police Lt. John Affolter. They did not release his name. Rays players said he threw two items, a beer and a soda.

“It was a Cuba thing,” Rays RHP Jake Odorizzi said. “I don’t speak Spanish too well. … I think it was a Cuban person, frustrated about the politics of it, I guess. He threw two beer cans. Nobody got hit. Nobody did anything. Maybe some guys got wet. It was a Cuba thing.”

The man, who appeared to be in his 60s, hopped a low wall at the far end of the dugout during the seventh inning, ran in front of the dugout, yelled in Spanish and threw the containers. 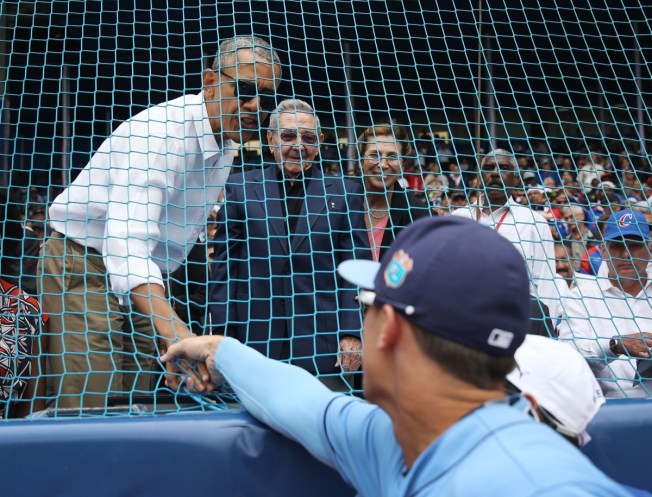