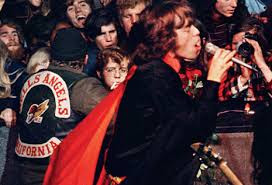 (“Get ready. When Sonny gives the signal. We’ll start beating the sh*t outta all these HIPPIE FAGGOTS!”) 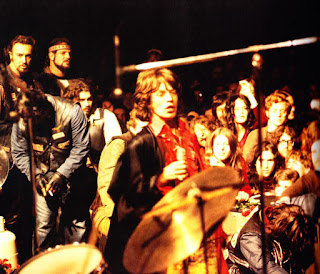 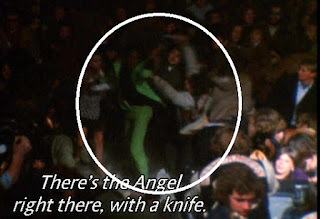 And many Stones’ fans were beaten savagely with everything from lead-filled pool cues to chains to fists. 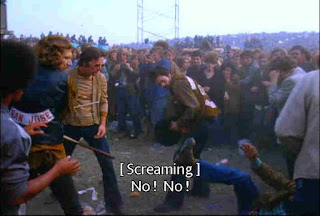 But the Castro regime’s UMAP forced-labor camps (where many of Cuba’s Rolling Stones fans were incarcerated during 1965-68) saw over 200 hundred young Cubans worked to death, beaten to death, or committing suicide–whereas Altamont saw only one person killed.  So my analogy is hardly precise.

You see amigos: Listening to the Rolling Stones used to get young Cubans harassed, beaten and/or jailed by the Castroite police.

So what happened, you ask? I mean, Castroite apparatchiks actually greeted the Rolling Stones at  Havana’s airport! Why the “reform,” you ask? Well:

Take a millennial Bernie Sanders supporter who lives in his divorced mother’s basement room.  Say this mother finally tired of his sloth and stupidity, cut off his allowance and booted him from her basement. So he moved in with his father, who provided the new room, board, allowance and Wi-Fi.

Chances are that the Bernie Sanders supporter would suddenly find a way to extol the virtues of his father and forget all the horrible things he said about him while eagerly agreeing with his mother when he encountered her while raiding the refrigerator or asking for her car keys. Don’t you think? Alas, the son’s sloth and stupidity would probably remain unchanged.

Well, think of the Castro regime as that Bernie Sanders supporter. Back in the early 1990’s his mother (Russia) finally tired of the arrangement and booted him into the “street,” so to speak.

So now Cuba lives with his father (tourism,) while retaining essentially all of his disgusting habits. Living with this new provider requires that Cuba slightly change his “tune” –and slightly modify his behavior–but really nothing major, nothing of substance. “What’s a little lip-service,” the Sanders supporter snickers, “in exchange for room, board and my uninterrupted Wi-Fi?”

In brief, the Castro regime briefly “hooked-up” with the Rolling Stones for the simple expedient of filling its coffers with millions more in tourist money. In the meantime, Castro’s subjects –while allowed to boogie a bit—essentially remain the impoverished and oppressed subjects of a totalitarian regime.

Our friends at The Daily Caller help disseminate a few items not well understood outside of the tiny Cuban-American informational ghetto.