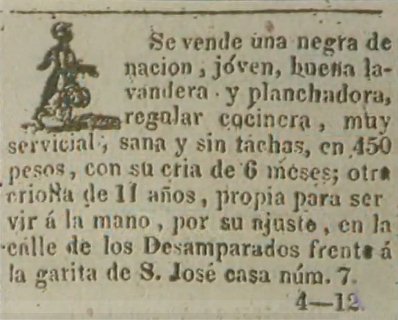 Talk about chutzpah!  Talk about the pot calling the kettle black!

A very white representative of the very white Castro regime has announced that Cuba is joining other Caribbean nations in their bid to extort money from Europe as “reparations” for the colonial slave trade of past centuries.

So, an apartheid regime run by white elites that currently enslaves its own people and involves in international human trafficking and the exploitation of its own citizens’s labor abroad is now portraying itself as so opposed to slavery that it can back a claim for monetary compensation for the slave trade that ceased to exist a century and a half ago.

Wow.  Notice, please, that the Caribbean nations involved are only asking for reparations from the U.K., France, and the Netherlands.  Apparently, the Spanish and the Portuguese — who enslaved more Africans than those three other European nations — are exempt from the claims.

By sheer coincidence, Spain is not only heavily invested in the Castro tourist industry, but has also led the way in getting the European Union to lift all sanctions on the Castro regime.

Any way you look at it, the hypocrisy of this selective outrage is simply amazing.

Cuba pledged its support Friday to the Caribbean Community’s quest to receive an apology and compensation from European powers for the transatlantic slave trade.

The Caribbean Community or CARICOM, which has 15 states as members, wants reparations from the United Kingdom, France and the Netherlands in an initiative it says is based on on diplomacy and engagement, without resorting to confrontation.

“We support the just demand for compensation hoisted by the Member States of the Caribbean Community,” said Ana Silvia Rodriguez, a Cuban ambassador to the United Nations.

“People from the third world still feeling the effects of the inhuman exploitation of people in their homelands and these peoples clearly deserve compensation for the horrendous crimes committed against their ancestors,” said the diplomat during address to CARICOM officials.