John Suarez reporting on Monday’s hearing via Notes from the Cuban Exile Quarter:

An exercise in  Grassroots Democracy 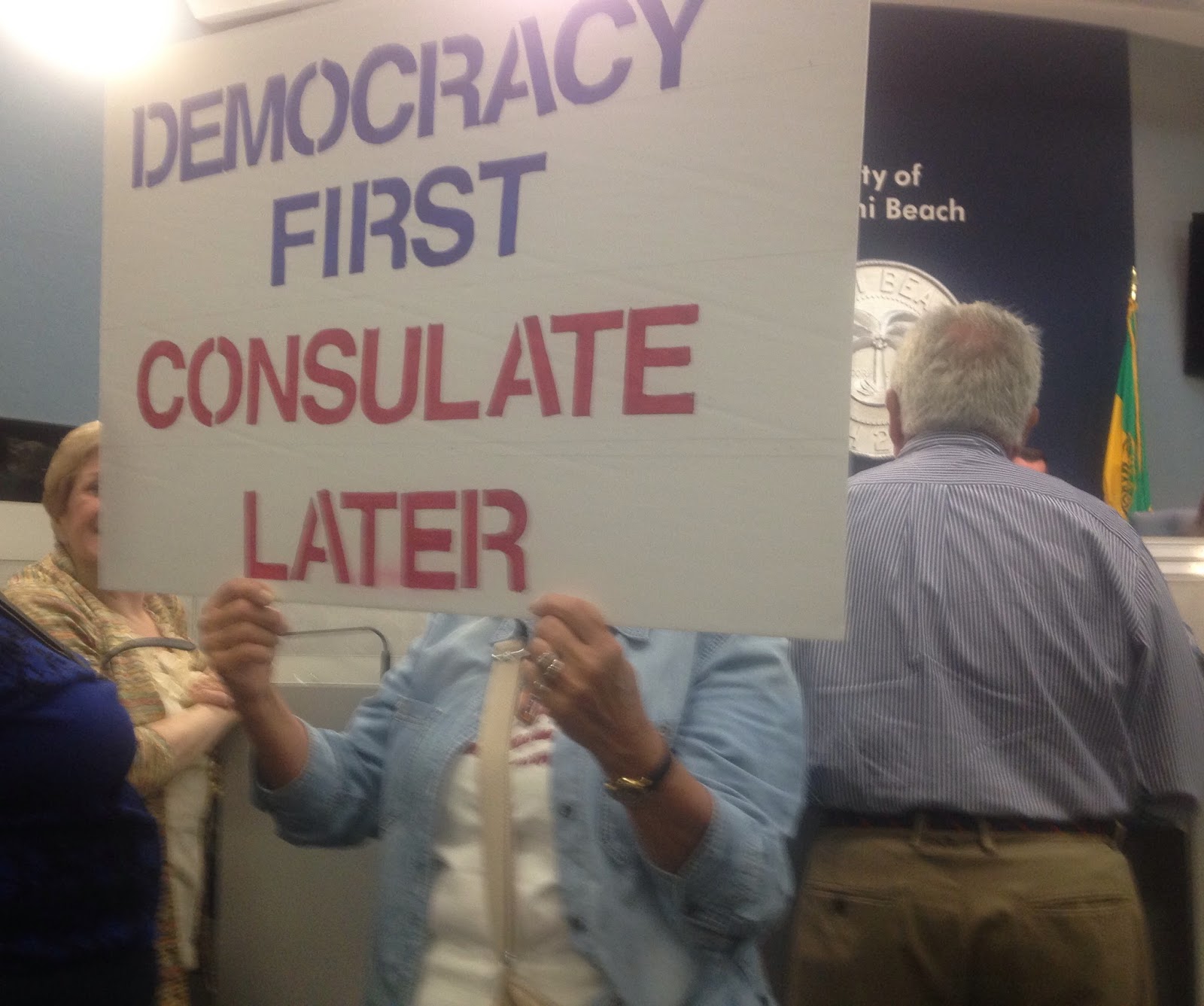 Last night at the Miami Beach Hispanic Affairs Committee there was a meeting convened at 6:30pm to discuss  whether Miami Beach should be the new home to a Cuban consulate. At the meeting I made the case that was presented on this blog over the past few days concerning the threat posed by a Castro consulate to lives and property and listened to other points of view. Orlando Gutierrez outlined the espionage and criminal activities carried out by the Castro regime at their diplomatic posts and its implication for Miami Beach: “This disruptive activity by the Castro regime will pose a threat to the overall stability of this world renowned destination.” In contrast with this view was Commissioner Ricky Arriola who repeated his belief that “allowing for a Cuban consulate in the city would be a ‘good way to help people.'” He argued the “need to service our constituents who are clearly going to be traveling to Cuba.” However there is evidence that a Cuban consulate would not have “customer service” as a priority.

This reality was on full display last year when a Cuban national was denied service at the Cuban embassy and consulate in Washington DC.  On July 21, 2015 when  Rosa Maria Payá Acevedo, a Cuban national, attempted to present a letter to the Cuban consulate and embassy requesting her father’s autopsy report she was not allowed to turn in the letter and a patrol car was called. Since 2012 the Payá family has been requesting Oswaldo Payá Sardiñas’s autopsy report from the dictatorship and has yet to be given a copy as they are entitled by law.

Ironically Commissioner Arriola and Mayor Levine met with Gustavo Machin Gomez who is both a diplomat and Castro regime intelligence agent who in 2012 was involved in the cover up of the extrajudicial killing of Cuban human rights defender. In 2000 the same diplomat led a mob of ten Cuban diplomats to physically assault Cuban American demonstrators with their fists and sticks in Washington DC outside of the Cuban Interests Section (today the embassy). Mr. Machin Gomez and the other diplomats were so aggressive that they accidentally beat up a U.S. secret service agent who was observing in the vicinity.