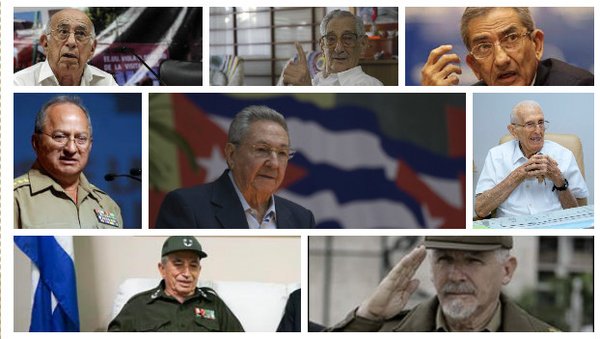 The Seventh Communist Party Congress in Cuba was as eventful as the previous one.  Big news item from the Associated Press: Fidel Castro who is about to turn 90 says that he may die soon. The AP’s journalism is auto-censored in order for the dictatorship to maintain their news bureau on the island and like in North Korea crosses the line of journalistic ethics on occasion to stay there. Nevertheless, reporting that a 90 year old may die soon as news is a bit of a stretch.

However it did not end there.

Raul Castro, age 84, was “re-elected” with 100% of the vote by the communist party as the First Secretary along with fellow regime hardliner Jose Ramon Machado Ventura (age 85) as Second Secretary. The rest of the line up, unsurprisingly, was all too familiar.

The international press also thinks it newsworthy that the Castro regime is attacking President Obama’s visit to Cuba as “an attack on the foundation of our history, our culture and our symbols.” Predictable and only newsworthy to someone not paying attention. President Obama has bent over backwards to bury the Cold War and the White House has even uninvited Cuban jazz great Paquito D’Rivera, a critic of the Castro dictatorship from playing The White House on International Jazz Day on April 30th so as perhaps not to offend the Cuban dictatorship.

What is newsworthy and what Capitol Hill Cubans has observed in this coverage is the difference in reaction by the press to attacks on the George W. Bush administration compared to the Barack H. Obama administration by the Castro regime.