How Democracy Disappeared from Cuba

From the blog of Dimas Castellano: In response to an article in Diario de Cuba about different views on human rights, one reader noted that he would like to read an account of how democracy disappeared from Cuba. In response, Roberto Alvarez Quiñones wrote “At Democracy’s Funeral,” an article which I am posting below.

Although — etymologically speaking — the term  means power of the people, the existence and functioning of democracy requires, among others, the following instruments, rights and freedoms: Suffrage, to designate their representatives; equality before the law, to compete for positions; the referendum, to reject or approve the provisions of government; the plebiscite, to approve or disapprove rules and laws; the popular initiative, to submit proposals on issues of national interest; revocation, to override by vote government decisions and to dismiss officials; juries, to collaborate with the judiciary; separation of powers, to avoid its concentration in one or more people; a multiparty system, to provide choices between various options and candidates.

For these instruments to be effective, people must enjoy the freedoms of opinion, expression, assembly and association. They are the foundation for political, economic, social, cultural, environmental and informational rights. These requirements, endorsed in the constitution, form the basis of the rule of law, which allows the people to be the active agent of power.

Worker, student, farmer, racial and women’s movements achieved successes such as the eight-hour work day, university autonomy, women’s suffrage, the collapse of Gerardo Machado’s government, the constituent assembly of 1939 and the Constitution of 1940. Article 37 of this constitution allowed for the existence and operation of political organizations opposed to the elected government. Article 40 legitimized resistance for the protection of individual rights (the legal basis of Fidel Castro’s defense during his trial for the Moncada attacks). Article 87 recognized the legitimacy of private property and, more broadly, its key role in society. And article 97 instituted “universal and equal suffrage through secret ballot” by which Cuban women could exercise the right to vote.

With this democratic foundation, the people elected as president Fulgencio Batista in 1940, Ramón Grau in 1944 and Carlos Prío in 1948. However, the increase in the cost of living along with political and administrative corruption and the growth of organized crime during this period created instability and led to a military coup that upended the constitutional order in 1952.

Among the many responses to the coup, two stood out. The first occurred on July 26, 1953 when Fidel Castro led the assault on the Moncada Barracks, The second took shape in January 1954 with the Civic Resistance Movement led by José Miró Cardona.

Seeking legitimacy, in 1954 Batista called “elections” in which he was ratified as president. On taking office in 1955, he reestablished the 1940 constitution and granted amnesty to political prisoners, among them the Moncada Barracks attackers.

During the struggle against the Frank País dictatorship, the head of sabotage for the 26th of July Movement (M-26-7) suggested that Fidel Castro, its leader, and members of the Civil Resistance Movement form a provisional government. To this end, a meeting was held in the Sierra Maestra in July 1957 which included Raúl Chibás, head of the Orthodox Party, and Felipe Pazos, former president of the National Bank of Cuba. The resulting document was the “Manifesto of the People of Cuba.” Three months later Felipe Pazos along with M-26-7 members Lester Rodriguez and Jorge Sotús met with exile civic associations and signed the “Pact of Miami,” which outlined “the manner in which the Revolution should be led and the political program that would be put in place after victory.”

The leadership of M-26-7 rejected the pact. In a letter dated December 14, 1957 Castro told its signatories that what was important “was not unity in and of itself but rather the foundation on which unity is based.” On May 3, 1958, an agreement was reached at Alto de Mompié in the Sierra Maestra to adopt a single, centralized command structure, with Castro as both secretary general of M-26-7 and commander-in-chief of all revolutionary forces. On July 20, 1958 a meeting was convened in Venezuela with representatives of various exile organizations, which led to the creation of the Revolutionary Civic Front and the “Caracas Pact.” On August 11, 1958 José Miró Cardona was named coordinator of the Revolutionary Civic Front and Manuel Urrutia was nominated as provisional president of Cuba.

On day 1, after the victory of rebel forces in January 1959, Manuel Urrutia assumed the presidency. The next day, in violation of the 1940 constitution — which stated that the President of the Republic was the supreme commander of the country’s land, air and sea forces — he declined this leadership role in favor of Fidel Castro. On day 3 a cabinet made up of reformists, conservatives and revolutionaries was formed, with José Miró Cardona serving as prime minister.

On February 7, the Revolution — the new source of law — replaced the Constitution of 1940 with the Basic Law of the Cuban State. It conferred the powers of the presidency on an unelected prime minister and the powers of Congress on the newly created Council of Ministers, without any separation of powers. On February 13 José Miro Cardona resigned and on February 16 Fidel Castro assumed the post of prime minister.

The posts of governor, mayor and city council member were abolished, judicial bodies dissolved, and judges and magistrates relieved of their duties. There was no more separation of powers and cabinet members who had belonged to the civic movement were replaced.

Disputes between Manuel Urrutia — an enemy of communism — and Fidel Castro worsened in the first months until, on July 17, 1959, Castro resigned. This forced the resignation of the president and Castro’s return as prime minister.

Gone were the traditional parties — the March 13 the Revolutionary Directorate, the Socialist People’s Party and the M-26-7 — which in 1962 were folded into the Integrated Revolutionary Organizations (ORI). After its leader, Anibal Escalante, was dismissed, it was taken over by Fidel Castro. In January 1963 the ORI became the United Party of the Socialist Revolution, which in 1965 became what is now the Cuban Communist Party (PCC). From that moment on, the positions of commander-in-chief of the armed forces, head of government and secretary of the only political party were held by one person. The promise to hold elections became the slogan “Elections. What for?” Democracy had received the coup de grace.

On January 22, 1959 the CTC (Cuban Confederation of Workers) was replaced by the Revolutionary CTC. The variety of student, women, farmer and employer associations were reduced to the Union of Young Communists, the Federation of Cuban Women and the National Association of Small Farmers. The rest vanished or became subordinate to the PCC.

University autonomy, guaranteed in article 53 of the Constitution of 1940, ceased to exist. The written and broadcast press, the vast network of cinemas, publishing and cultural institutions — all came under the control of the PCC. Cuban society lost its independent associations and opportuniites for civic engagement. It became constrained by a slogan from Castro’s June 1961 speech: Within the Revolution, everything: outside the Revolution, nothing. Ownership of the means of production became increasingly concentrated in the hands of the state until the Revolutionary Offensive of 1968 dealt the final blow.

As conflicts between states tend to de-escalate the conflicts within states, so too did confrontation with the United States facilitate the disarmament of democracy. But it was not the cause. The dismantling began before the rupture in diplomatic relations.

In spite of advances made between 1952 to 1959, the way in which democracy disappeared from Cuba indicates that Cubans’ civic formation had not reached the level of maturity necessary to prevent its loss. It was a hard and painful lesson that demonstrates the importance of instruments, rights and freedoms that allow the people to be active agents of power.

3. Manuel Urrutia, presiding jurist in the trial in Santiago de Cuba in Which a panel of judges unanimously resolved the defendants Involved in the assault on the Moncada Barracks.

Site is being updated

Other media: Yes, you may republish articles from this site if…

Conditions: DO NOT REMOVE THE AUTHOR’S NAME (that would be plagiarism); cite TranslatingCuba.com as the source and if the article includes a link to a newspaper (14ymedio.com, Cubanet.com, DiariodeCuba.com, or others), please maintain that link. 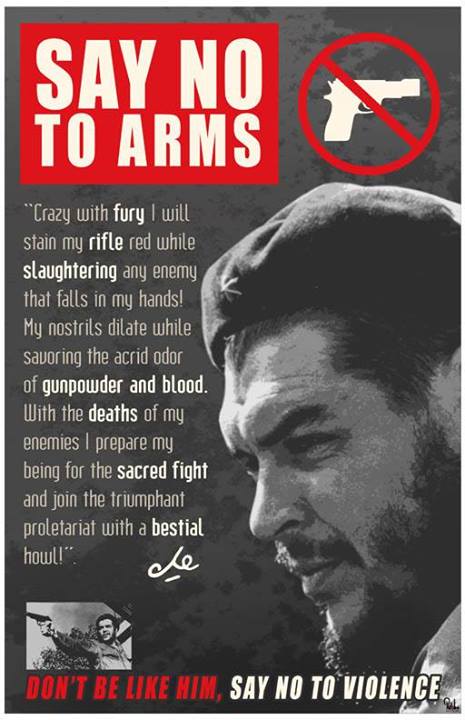 Please comment in the authors’ own blogs, from the links below.

News of Cuba from outside Cuba