“Come on, lift that “failed” embargo. Let’s do business!”

“Trading with Cuba,” after all,  is kinda like saying that in Deliverance Ned Beatty “traded” with Bill Mc Kinney (the “mountain man.”) The Castro brothers have gleefully stuck it to taxpayers from the European Union to Canada, from Mexico to South Africa—in brief, the taxpayers of virtually EVERY nation whose government granted trade credits to these implacable thieves.

Bandwith limitations prevent a full listing of the poor-sap taxpayers who have squealed like pigs after their crackerjack diplomats “traded with” the Castro brothers.

Fortunately for the U.S. taxpayer, for over a decade the so-called U.S. embargo has stipulated that Castro’s kleptocratic/Stalinist regime pay cash up front through a third–party bank for all U.S. agricultural products; no Export-Import Bank (U.S. taxpayer) financing of such sales.

Enacted by the Bush team in 2001 (to try and patch up a Clinton loophole) this cash-up-front policy has been monumentally beneficial to U.S. taxpayers, making them—as oft-mentioned hereabouts–among the very few in the world not stiffed by the Castro regime, which per capita-wise qualifies as the world’s biggest debtor nation, with a credit–rating nudging Somalia’s and a relentless record of defaults. 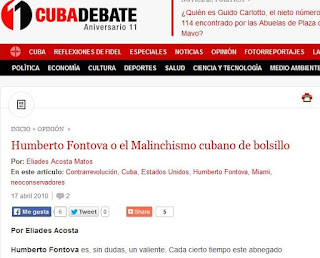 “The Cuba embargo glitters as one of the crown jewels of recent U.S. foreign policy.”