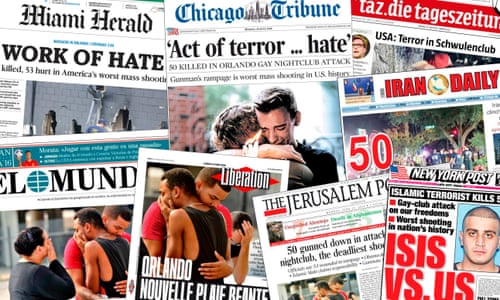 We are counting the dead again. Fourteen innocent people were murdered in San Bernardino and the count is up to 50 in Orlando. Those are the victims of the last two terrorist attacks against the American people in the last year.

Sad to say, they won’t be the last. The U.S., and much of the West, is infected with people willing to commit horrific acts and kill innocents.

He called it “terror,” which it is. But using the word “terror” without a limiting and defining adjective is like a doctor calling a disease “cancer” without making note of the affected area of the body — because if he doesn’t know where the cancer is and what form it takes, he cannot attack it effectively and seek to extirpate it.
So determined is the president to avoid the subject of Islamist, ISIS-inspired or ISIS-directed terrorism that he concluded his remarks with an astonishing insistence that “we need the strength and courage to change” our attitudes toward the gay, lesbian, bisexual and transgender community.
That’s just disgusting. There’s no other word for it.

As I watched Sunday’s events, and specially the aforementioned statement from President Obama, it made me think of President George W. Bush.

We can now compare their very different approaches to terror.

President Bush took the war to them, decimated Al Qaeda, left his successor with a stable Iraq and we had no terrorist attacks on U.S. soil after 9/11.

President Bush took this war on terror very seriously and communicated that down the line. President Obama did not take it seriously and political correctness is now the rule of engagement.