Victims remembered at Heritage Foundation and in Congressional hearing 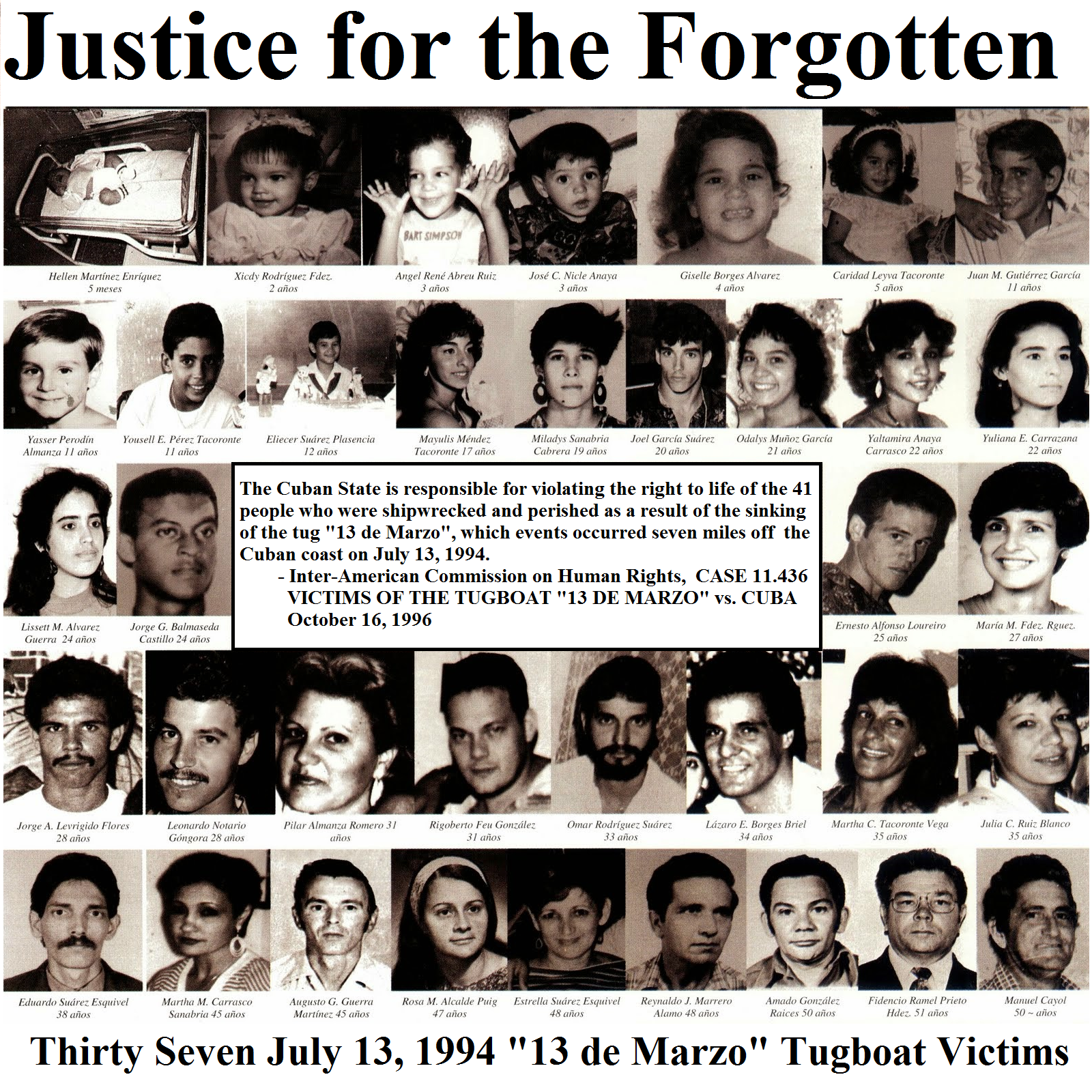 July 13, 2016 marked 22 years since the Castro regime sent its agents to attack and sink a tugboat full of Cuban refugees seeking a better life in freedom killing 37 men, women and children. In Cuba, Miami and Washington DC vigils and demonstrations were carried out on that day in a continuing demand for justice.

In Washington D.C. there were two additional gatherings in which this anniversary of a crime was recalled. At the Heritage Foundation the Victims of Communism Memorial Foundation held the 2016 National Captive Nations Week Luncheon with Lee Edwards, Marion Smith and Michael Ryan presiding over the event. In addition country reports were made of the five remaining communist regimes in the world: China, Cuba, Laos, North Korea, Vietnam.

The country report on Cuba is now available online here and hope to link up the other reports as soon as they are made available.  The Cuba report made mention of the July 13, 1994 attack and sinking of the “13 de marzo” tugboat by Castro regime agents placing it in the context of normalization efforts:

Today, July 13th marks the 22nd anniversary of a massacre of 37 Cuban men, women and children by Castro agents when they tried to flee the communist regime in Cuba. Earlier this year on February 24th friends and families observed the 20 year anniversary of the Brothers to the Rescue shoot down where 3 U.S. citizens and one resident were murdered when their two planes were pulverized on Castro’s orders by Cuban warplanes.  Both these crimes took place when a previous administration sought to normalize relations with the Castro regime.

Later on the same day on Capitol Hill at the House Foreign Affairs Subcommittee on Africa, Global Health, Global Human Rights, and International Organizations held a hearing on The Castro Regime’s Ongoing Violations of Civil and Political Rights where Cuban opposition leader and former prisoner of conscience Dr. Oscar Elías Biscet and Cuban democracy advocate Sirley Ávila León spoke out on the reality of Cuba in 2016 along with two other experts.