One more act in the Normalization Circus that isn’t getting much attention.

This tent is so tiny that not even a dwarf clown can fit into it.  And it’s not going to get any bigger, or garner more attention, either.

Have U.S. property claims in Cuba been forgotten in normalization rush?

When Javier Garcia-Bengochea opened his morning newspaper in 1996, the last thing he expected to see was a mention of his family’s former property.

But, near the bottom of a Wall Street Journal article on foreign business investment in Cuba, there it was. An Italian shipping line with which the U.S. did business would be developing the Santiago shipping port La Maritima Parreño as a new destination for its cruise ships.

The port and its warehouses were once part of a privately held corporation headed by Garcia-Bengochea’s cousin, Albert J. Parreño, who’d become an American citizen in 1943. If the family had sold, given away or even abandoned the property, its development might not have been shocking news.

However, the Cuban government had confiscated the Santiago land from the family in 1960, and the family had never been paid for its stake in the company, as international law requires.

“Every American venture in Cuba involves stolen property,” said Garcia-Bengochea, a neurosurgeon who lives in Jacksonville, Florida. “It’s one of the most disgraceful things I’ve ever seen.”

Garcia-Bengochea is one of almost 6,000 U.S. citizens who hold interest in certified property claims against the Cuban government. His cousin’s is No. 1231, according the U.S. Foreign Claims Settlement Commission. Cubans who became American citizens after their property was expropriated by the Castro regime are not eligible to take part in the U.S. claims process.

With diplomatic relations restored, some travel restrictions lifted and legislation in the pipeline that would lift even more constraints on trade, Garcia-Bengochea and his fellow claimants are growing increasingly concerned that their claims – valued today at $6 billion to $8 billion – may remain unsettled forever. 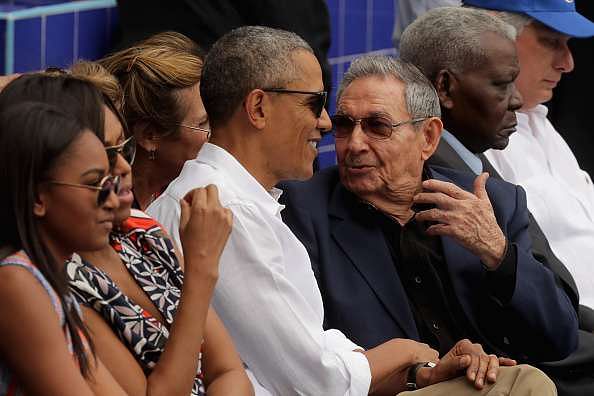 2 thoughts on “Normalization Circus update: nothing being done about stolen U.S. property”