This past Sunday, Berta Soler was punched in the face by Castronoid goons as she and other Ladies in White were arrested.

The goons also yanked away a Cuban flag she was carrying, causing a friction burn on her arm.

So, here are two snapshots of the top act of the Normalization Circus, which all the usual news media outlets refuse to mention. 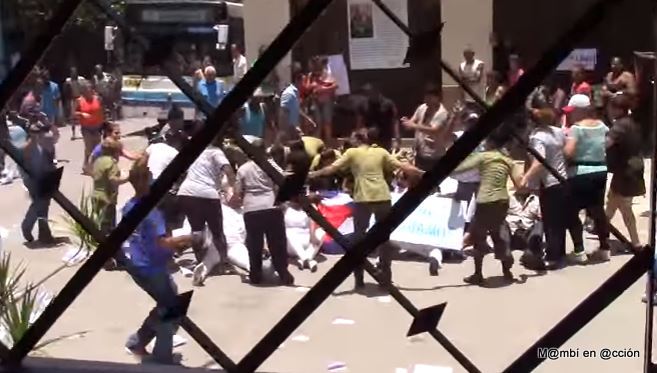 It could also be argued that all of this violence is being sponsored by the U.S., given the fact that such repression has increased ever since the Normalization Circus was set up by the current occupant of the White House and he and his State Department refuse to speak out against it or to make this issue part of the “negotiations” with the Castro regime.

1 thought on “Photos of the day: U.S.-backed violence against Cuban dissidents”