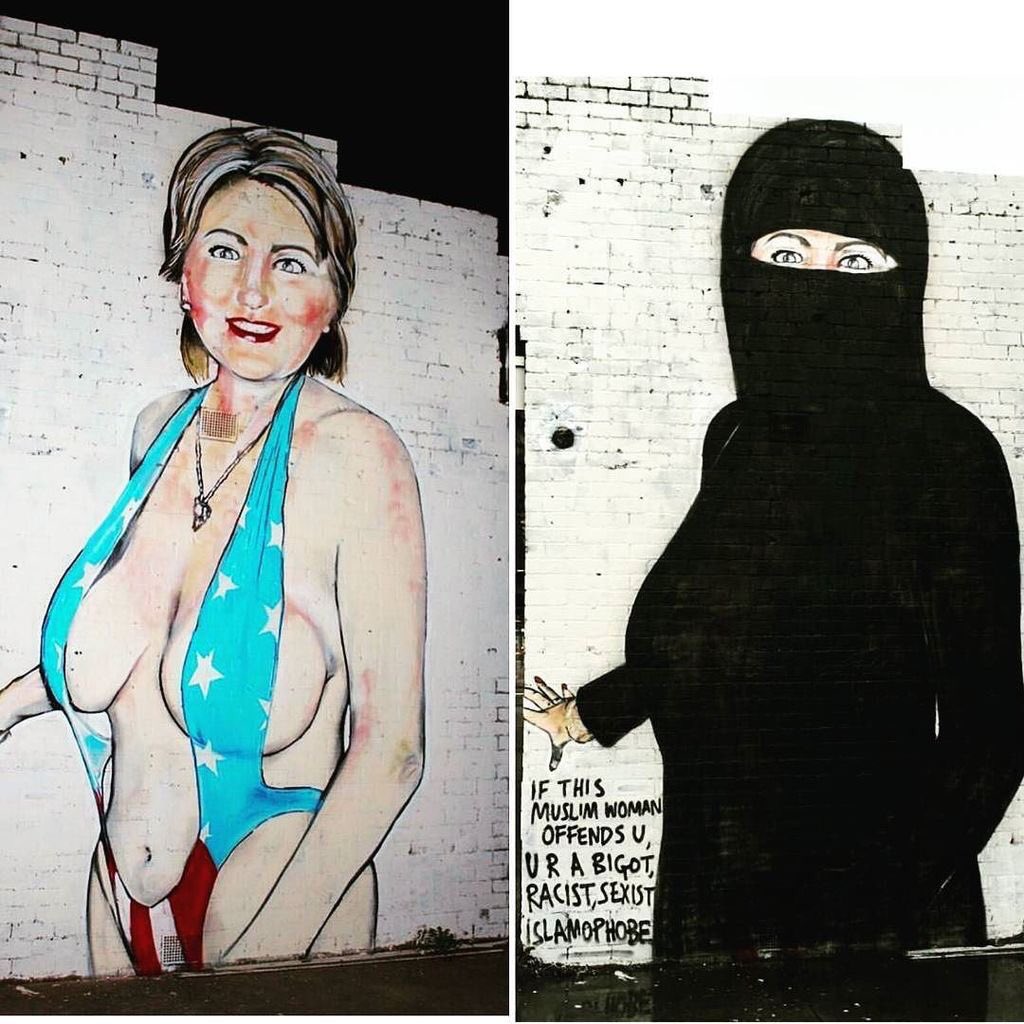 It might be the only news story that can make you laugh about Election 2016.

A street artist found a very creative and politically correct way to respond to Orwellian censorship in Australia.

From The Guardian (UK), stalwart defender of The Left

A Melbourne street artist who was threatened with a council fine over a provocative mural he painted of US presidential candidate Hillary Clinton has responded by covering her image with a niqab.

Maribyrnong council took issue with the original mural, which depicted Clinton wearing a revealing swimsuit with $100 notes tucked into it. The council said residents complained about the piece, which was painted on to the side wall of a scooter shop in Footscray, 5km west of Melbourne.

In a statement, the council said the mural contravened its gender equity policy.

“We believe that this mural is offensive because of the depiction of a near-naked woman, not on the basis of disrespect to Hillary Clinton, and it is not in keeping with our stance on gender equity,” the council chief executive, Stephen Wall, said.

“We contacted Victoria police to provide their opinion on the matter, and they deemed the mural to be offensive and in contravention of the Graffiti Prevention Act 2007, which council is responsible for enforcing.”

As well as the council threatening the owner of the building with prosecution and a fine if the mural was not removed, the artist, known as Lushsux, had his Instagram account deleted after posting the image to the social media platform.

However instead of removing the mural, Lushsux covered up the swimsuit by painting a niqab over the top of it, leaving only Clinton’s eyes showing. Next to his work, he painted the message: “If this Muslim woman offends u, u r a bigot, racist, sexist Islamophobe.”