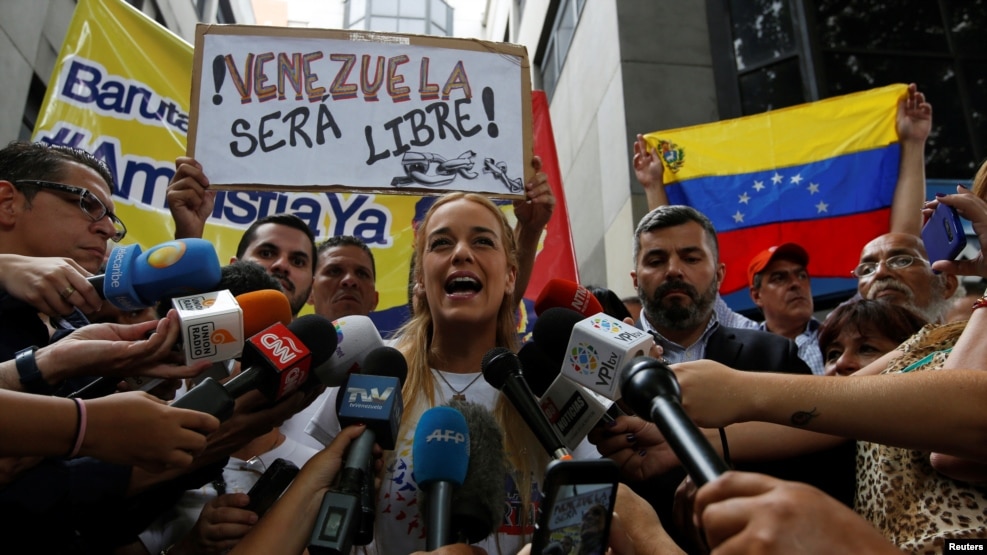 But, maybe in this case, the “wonders” are due to expediency.

Things are so awful in Caracastan that even the NYT can’t avoid the awfulness of it all.

And, as all weasels are wont to do, the NYT is covering its derriere, reporting on the awfulness so that when Caracastan goes down in flames, it can’t be blamed for not having reported on the sparks that are igniting the final conflagration.

A Looming Clash in Venezuela

Venezuela’s electoral commission signaled last week that a referendum that could oust President Nicolás Maduro will not be held before the end of the year. That was hardly a surprise, but it puts Venezuela on a dangerous — and avoidable — collision course.

Under their Constitution, Venezuelans can elect a new president if a referendum is held before Jan. 10. That would bring an overdue end to Mr. Maduro’s ruinous era. But if the vote happens after that date, and Mr. Maduro loses, his vice president would serve out the remainder of his term, which would keep the country’s corrupt and authoritarian ruling class in power until at least 2019.

Opposition leaders denounced the time frame, announced by the chief of the electoral commission, Tibisay Lucena, as a delaying tactic meant to protect her political patrons. They called for a mass demonstration on Sept. 1 to insist that the referendum take place this year. María Corina Machado, a prominent critic of the government, said it was time to resort to “civil disobedience.”

“We need to call things by their name: We face a corrupt, mafioso, militant dictatorship,” she said in a speech. “The regime is cornered, and it is acting in an unrestrained manner. We have a historic opportunity.”

Despair and hunger in Venezuela have deepened in recent weeks as food shortages have worsened and international efforts to bridge the political divide have failed. The crisis has begun to spill across borders. Thousands of Venezuelans have poured into neighboring Colombia in search of food, and a few have begun to take to the seas to escape their misery.

2 thoughts on “Wow! New York Times has some unkind things to say about Cubazuela”