In November 1958 Cubana Airlines Flight 495 from Miami to Varadero, Cuba  was hijacked at gunpoint by terrorists belonging to Raul Castro and Che Guevara’s  July 26th Movement. The plane crashed into Nipe Bay in eastern Cuba killing 14 passengers. (This was one of five hijackings of Cuban planes that year by the terrorists who now run Cuba.)

Here is how JetBlue is promoting their new flights for American passengers  from Miami to terror-sponsoring Cuba:

Welcome to Santa Clara, a university town that played host to the exploits of Marxist revolutionary Ernesto “Che” Guevara. The capital of the Villa Clara Providence (Yes! the JetBlue imbeciles actually use the word “providence,” instead of the proper province!) lies in central Cuba is a town that exudes a youthful, creative vibe:

Among the “exploits” of those cheeky Marxist revolutionaries so cheekily mentioned by JetBlue’s crackerjack and ultra-hip publicity dept. were the Western hemisphere’s first and deadliest airplane hijackings!.…so: “sit back! Relax! And enjoy your flight!…We thank you for choosing JetBlue!” 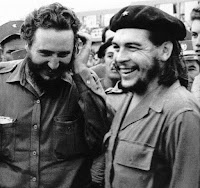 Here’s is how that “Marxist revolutionary” so cheekily mentioned by JetBlue’s ultra-hip publicty people viewed the fine folks who will be boarding those JetBlue flights from the U.S. to terror-sponsoring Cuba in order to further enrich its terrorist rulers:

“Against those hyenas (Americans) there is no option but extermination We will bring the war to the imperialist enemies’ very home, to his places of work and recreation. The imperialist enemy must feel like a hunted animal wherever he moves. Thus we’ll destroy him! We must keep our hatred against them [the U.S.] alive and fan it to paroxysms!” (Che Guevara, 1961.) 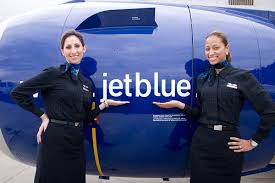 So Again:  “Sit back! Relax! And enjoy your flight!…We thank you for choosing JetBlue!”

All items above fully-documented in these internationally- acclaimed books.