(Above: Castro-regime entertainment apparatchiks Gente De Zona in a picture taken by Raul Castro’s grandson. This same Gente De Zona performed for free at a “Get Out the Vote For Hillary Clinton” event in Miami Oct., 2016.) 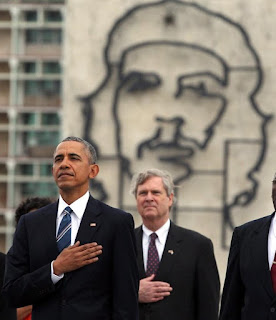 Imagine if Russia’s Bolshoi Ballet had performed at a Trump fundraiser!!!

Imagine the media HYSTERIA(!!!) about “COLLUSION!”…

Well, in blatant violation The Federal Election Campaign Act (FECA), a foreign totalitarian regime blatantly  fund-raised for the Hillary Clinton campaign. Yet NARY a PEEP was heard from the media–much less from Comey’s FBI!

Regarding Hillary’s allegations about the “Russians contributing to Trump campaign”…Where’s the Beef?!

Now here’s THOROUGH-DOCUMENTATION regarding how the Cubans contributed to Hillary’s campaign. You see, amigos: Musical apparatchiks of Cuba’s Communist regime (Gente De Zona) joined Jennifer Lopez and Marc Anthony in their Get out the vote for Hillary concert  in Miami. 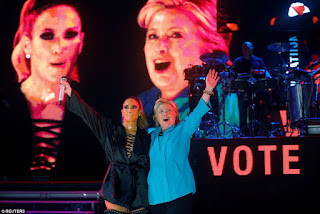 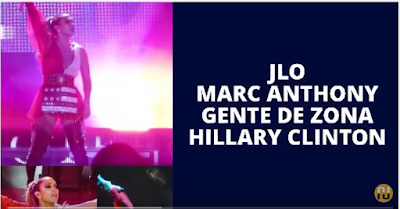 The Cuban communist apparatchiks are named Gente De Zona. They live in Cuba but are allowed by the regime to travel around the world pretty much at will, serving as “good will” ambassadors and drumming up that vital tourism revenue for Stalinist regime coffers.

The Castro-regime affiliated music group Gente-De-Zona   performed at a “Get Out The Vote” for Hillary in Miami back in Oct. 2016….Where’s Mueller on this blatant violation of the “The Federal Election Campaign Act?

(Those are the Castro regime’s musician apparatchiks on the right, who performed as the opening act for the Hillary benefit concert, warming-up the crowd for their American friends the Puerto Rican-born Jennifer Lopez and Marc Anthony. 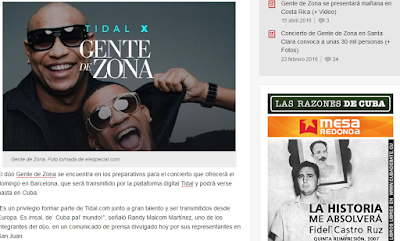 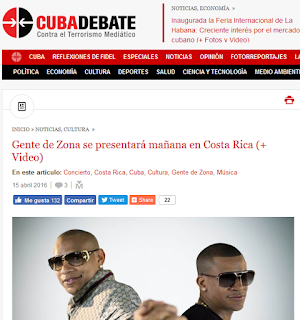 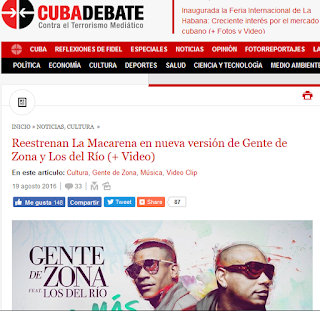 For some reason nobody in the U.S. media has called attention to this fascinating item. To wit:

A foreign totalitarian and terror-sponsoring regime sent its apparatchiks to openly participate in a U.S. election campaign, by performing for free at an event on U.S. soil funded by the Democratic party. Their purpose was to drum up votes for the Democratic  candidate.

We here at Babalu can’t be the only Americans who find something terribly, terribly wrong with this picture.

OH!…And by the way:   From the U.S. Federal Elections Commission:

The Federal Election Campaign Act (FECA) prohibits any foreign national from contributing, donating or spending funds in connection with any federal, state, or local election in the United States, either directly or indirectly.  It is also unlawful to help foreign nationals violate that ban or to solicit, receive or accept contributions or donations from them.  Persons who knowingly and willfully engage in these activities may be subject to fines and/or imprisonmentThe ban on political contributions and expenditures by foreign nationals was first enacted in 1966 as part of the amendments to the Foreign Agents Registration Act (FARA), an “internal security” statute.  The goal of the FARA was to minimize foreign intervention in U.S. elections by establishing a series of limitations on foreign nationals.”

1 thought on “Where’s Mueller on the BLATANT Castro-regime collusion with the Hillary Clinton Campaign–in BLATANT violation of the The Federal Election Campaign Act?”