No surprise here, really, given the behavior of Papa Che towards communists.

But it is surprising to see him express his admiration for communism so boldly.

Up until now he had been a “show-don’t-tell” kind of communist.  Now he has come out of the closet fully.

This raises all sorts of questions.

First and foremost, one must ask: what does it mean for the Vicar of Christ to say that “in all cases” communists think like Christians?

One must also ask: what does it mean for the Vicar of Christ to ignore the fact that communism has killed 94 million people?

Or what does it mean for the Vicar of Christ to say that “inequality is the greatest evil in the world”?

Does this mean that it is a mortal sin not to be poor, or to live like a monk or nun, without private property?

Does this mean that murder, torture, sexual abuse, and all other heinous crimes are lesser evils than “inequality”?

Does this mean that envy, intolerance, repression and cruelty — the four pillars of communism — are virtues rather than sins?

Does this mean that it’s a sin to own a twelve-year-old car because other people on earth own cars older than that, or no car at all?

In an interview with Pope Francis published November 11 by the Italian newspaper, Repubblica, the supreme authority of the Catholic Church equated Christianity with Communism when asked about his views on Marxist ideology.

“It is the communists, in all cases, that think like Christians. Christ has spoken of a society where the poor, the weak and the excluded are those who make the decisions. Not the demagogues, or the barbarians, but rather the people and the poor that have faith in God or not that we have to help obtain equality and liberty.”

The end of the interview turned to the topic of Donald Trump and the United States. Pope Francis said he was not interested in judging the politician, but more in the “sufferings that his way of acting causes the poor and excluded.”

“What we want is to fight against inequality, the greatest evil that exists in the world,” he said.

The interviewer said the Pope has many adversaries in the Church, to which the Pope said, “I wouldn’t call them adversaries. Faith unifies us all. Naturally, each individual sees things differently; the picture is objectively the same, but subjectively different.”

There have been a variety of reactions following the Pope’s comparison between Christianity and the Communist ideology.

The Spanish journalist and writer Hermann Tertsch tweeted that, “The apology for a criminal ideology surprises at the Vatican. Although almost nothing there can surprise now.”

“It’s inconceivable that we attend so frivolous of a criminal ideology with 100 million murdered. From the Vatican,” Tertsch said. 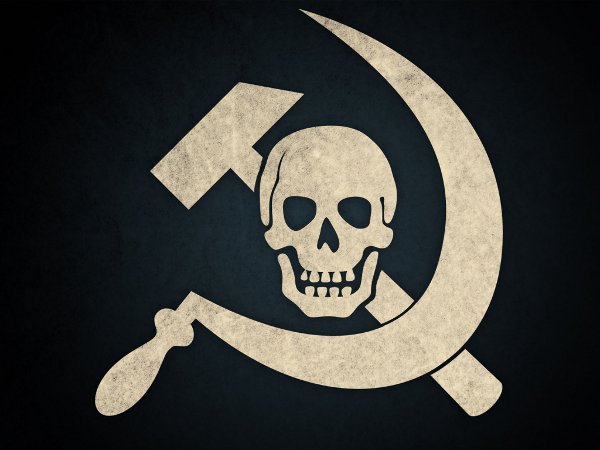 3 thoughts on “Surprise! Papa Che Proclaims Communists To Be The Only True Christians”