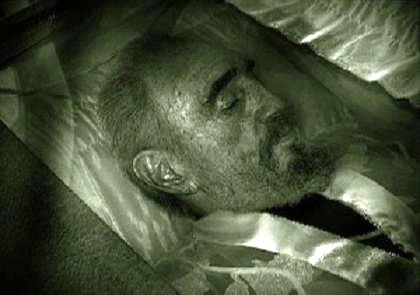 I awoke this morning to an email inbox bursting at the seams, messages and mentions across social media platforms, and missed calls on my cell phone that came in during the wee hours of the morning. Something was obviously up. A few minutes and a few sips of coffee later, I found out what all the ruckus was about: Cuba’s Beast of Birán, Fidel Castro, the man responsible for tens of thousands murdered, hundreds of thousands unjustly imprisoned, and millions who suffered broken and destroyed families was finally dead.

While decorum and my Christian faith would normally deter me from celebrating the passing of another human being, the death of Fidel Castro is an enormous and infinitely justifiable exception. His passing is not simply the death of an old man; it is the death of an intrinsically evil, despotic, and demonic plague that not only caused so much misery, pain, and bloodshed in Cuba, but in other parts of the world as well. This makes the death of Fidel, a malevolent and vile beast, a death worth celebrating.

And celebrate we will. Those of us who have been victimized by this monster deserve to celebrate. We deserve to revel in the news that Fidel’s heart is no longer beating after all the decades he spent stopping the hearts of the innocent from beating. We rejoice in the thought that his lungs are no longer breathing after he suffocated to death so many dreams and lives during his reign of terror that lasted more than five decades. And at the risk of sounding macabre, we can celebrate the poetic justice that Fidel’s carcass will now be devoured by worms, the very creatures he frequently used to symbolize the Cubans who refused to bow down to him.

In fact, the celebrations already began in Miami early this morning (via The Miami Herald):

Nevertheless, despite the long-awaited and long-overdue death of pure evil in Havana, not everyone will be celebrating. Instead, the media will likely be offering touching tributes to the Beast that glaze over his atrocities and his crimes against humanity. They will dutifully repeat the same lies and propaganda about the “accomplishments” of Fidel’s murderous revolution while ignoring the wicked apartheid of that so-called revolution that keeps Cubans enslaved and living in squalor and misery. They will make sure to remind everyone how Fidel allegedly survived hundreds of CIA assassination attempts and managed to outlast several U.S. presidents but never mention the tens of thousands of innocent men, women, and children who were slaughtered by him. For the media, Fidel’s passing is not the death of a murderous monster, but the sad death of their anti-American and anti-Cuban Exile poster boy who made them giggle with glee every time he poked us in the eye. And if that were not insulting enough, they will roundly criticize any and all Cubans who are celebrating his death.

Honestly, I really don’t care what they say or what they call us. For me, Fidel’s death is a death worth celebrating. It is an event where not just Cubans, but anyone who believes in freedom and the dignity of human life can rejoice over. Today I will celebrate and cheer because for the first time ever in my own life, there exists a Cuba without a bearded monster named Fidel.