News outlets all over the world are interpreting this and other similar images as proof of the fact that the Beast from Biran was loved by the Cuban people.

Ever since the monster died I’ve done over a dozen radio and newspaper and magazine interviews, and nearly all of them included questions about the “love” for him expressed by Cubans.

My interviewers thought these mourners had all come to venerate the monster’s ashes out of love for him.

The fools who mistook these crowds for genuine mourners were in the U.S., Ireland, England, Italy, and Canada.

The interviewers expressed shock at my cynicism and sarcasm when I  informed them that all such events are carefully orchestrated and that there are penalties to be paid by those who fail to take part.

The interviewers expressed disbelief even when I told them I knew this because my own father — who was anti-Castro from day one — was forced to attend such events against his will until the day he died in 1976.

One Canadian interviewer was left speechless for several seconds when I said that those Cubans who were crying for Fidel might have been faking their tears out of fear of reprisals, just like mourners previously photographed in North Korea during Kim-Jong-il’s funeral rites in 2011.

Why do well-educated journalists choose to believe that Cubans loved Fidel?

Because they desperately want to believe that.  Because it confirms their bigotry and their feelings of superiority over Cubans and all other so-called “Third World” people.

We are all supposed to be noble savages, content with scraps, afraid of freedom, thrilled by “strong men” who allow us to feed on those scraps allotted to us by wise visionary leaders such as the Beast from Biran.

I can think of no other reason that makes sense.  All other explanations are illogical.

Shock and disbelief also followed when I pointed out that some of these tears and gestures of grief might be genuine, indeed,  because even the worst of all dictators have their admirers, including Hitler and Stalin.

One Canadian interviewer was floored when I said that Fidel had ruined Cuba and that my feelings about his death were not in the least “complicated” by the great achievements of his Revolution.  In other words, he genuinely thought that I would have to admit that his “reforms” were a great step forward for Cuba.

One Irish interviewer said it was “absolutely wrong” for me to compare Fidel’s propagandists to Joseph Goebbels.

God help us all.

The death of the monster has made me deal with people who actually believe that Fidel was a great man.  And these people are in charge of disseminating information to the so-called “First World.”

I am a firm believer in the existence of the Devil and of his grip on humankind.  Sorry if this shocks you, but I’m being honest.

The Devil most definitely exists.  And we humans are damaged goods, flawed, selfish, ever open to believing in the Devil’s lies.

It’s a great mystery, why a good and loving God allows an evil being such power over humans.  I cannot even begin to understand that, but it is a fact, nonetheless, and the New Testament is full of warnings about the power that the Evil One has over the human race.

Take this warning, for instance: “Stay alert! Watch out for your great enemy, the devil. He prowls around like a roaring lion, looking for someone to devour.” (1 Peter 5:8)

Read the Gospels, and what do you find? Jesus expelling demons constantly, wherever he went. 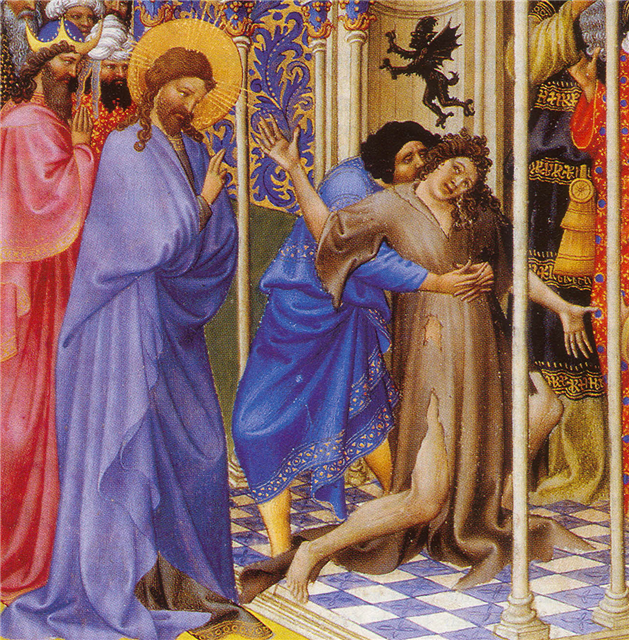 Or you find Jesus saying things like this to those around him who were bent on evil: “You belong to your father, the devil, and you want to carry out your father’s desires. He was a murderer from the beginning, not holding to the truth, for there is no truth in him. When he lies, he speaks his native language, for he is a liar and the father of lies.” (John 8:44)

Yes, a liar and the father of lies.

And there are those who believe his lies.

Why?  The answer is a mystery.  But a clue lies in a fact noticed by John Calvin in the 16th century: “Man’s nature, so to speak, is a perpetual factory of idols.”

Humans are driven to create idols to venerate who are evil and to believe in false gods.

And all of this has made me even more resolved to keep fighting the father of lies and those who believe and venerate him.

4 thoughts on “Photos of the Day, Diabolical Scam of the Day…”