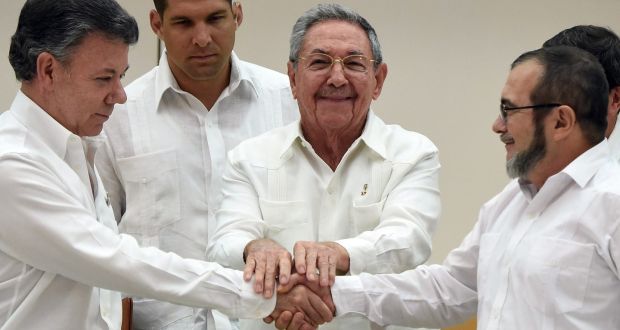 A couple of months ago Colombian voters rejected the FARC peace accord that had been forged in Havana.

So, much like the challenges now being made to the Trumpinator’s election in the U.S. and the Brexit vote in the U.K., opponents of the popular vote in Colombia sought to nullify the referendum vote by turning to their country’s congress for approval instead.

And it looks like their ploy has paid off.

The peace deal rejected by the majority of the Colombian people has just been approved by their legislators. 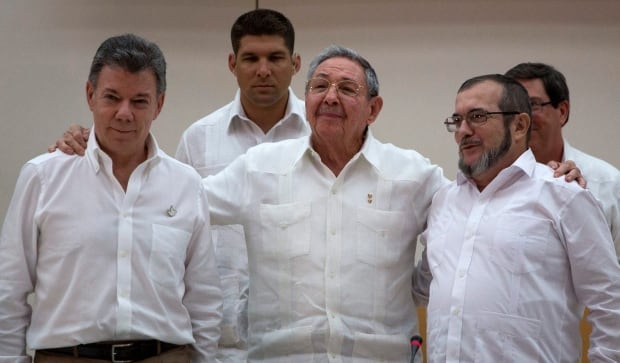 From the masters of understatement at the BBC:

Colombia’s Congress has ratified a revised peace accord between the government and the Farc rebel group.

The House of Representatives unanimously approved the plan, a day after the Senate also gave its backing.

President Juan Manuel Santos welcomed what he called “landmark backing” for a start to the process by which thousands of Farc fighters will leave jungle camps and lay down their arms.

The first peace accord was narrowly rejected in a referendum in October.

The accord aims to end an armed conflict that has killed more than 260,000 people over five decades.

Farc rebels are due to move to transition zones over the next six months, hand in their weapons and form a political party.

The army will move into former Farc-controlled territory to prevent drug traffickers from taking it over.

Both sides reached an agreement earlier this year after four years of talks in the Cuban capital, Havana.

But the surprise referendum result meant the government and rebel leaders had to make changes. The revised accord does not need a second popular vote.

President Santos has said that the new proposals are stronger and take into account changes demanded by opponents of the scheme.

But opponents, led by former President Alvaro Uribe, say the revised deal is still too lenient on Farc leaders.