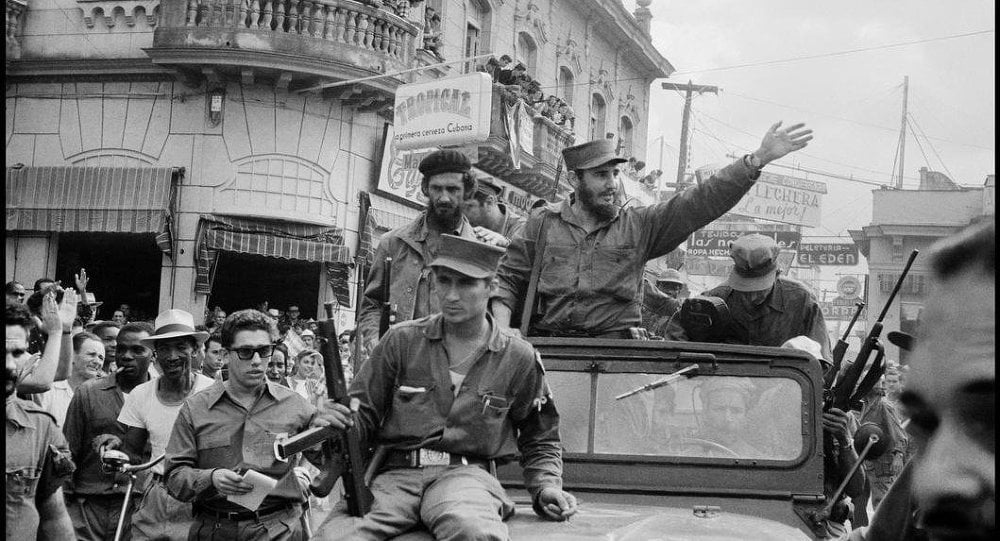 Cuba and the false end of history

January 1, 2017. Another anniversary. What a bore to reprise the topic! Fifty-eight years of revolution and Cuba remains mired in the past. It remains condemned to a growing misery, thanks to a ruling circle that one say promised freedom but chose communism, dragged the country in that direction and refuses to revoke that nefarious decision.

Why that absurd conduct, a mixture of stubbornness and a desire to hold on to power at any price? After all, communism ended in the early 1990s with the dissolution of the USSR and the admission of Marxism-Leninism’s total discredit. No society that suffered it and was able to shake it off has wished to take it up again.

The justification for that strange paralysis lies in a phrase that the few Castroites remaining on the island like to repeat: “We already made the transition, on Jan. 1, 1959, and there’s nothing fundamental that needs to be changed.” In other words, they reached the end of history. Poet Raúl Rivero summarizes that behavior with irony: “The Cuban is the only creature on earth who doesn’t know what past awaits him.”

In any case, there’s no way to stop time, and Cuba enters 2017 under very critical circumstances.

Fidel died last November and with him disappeared the all-knowing Caudillo who made the important decisions. Although he had spent a decade away from managing the country, his mere presence had a paralyzing effect on the ruling cupola.

Venezuela, near collapse, even near starvation, had to reduce substantially its subsidies to the Cuban metropolis, victim of corruption and mismanagement.

Cuba’s agricultural and industrial entrepreneurial fabric continues to be tremendously unproductive because of the failure of the Military Capitalism of State developed by the Comandante in the 1990s and regulated by Raúl in his “guidelines” beginning in 2010.

Jan. 20 marks the end of Barack Obama’s administration and the beginning of Donald Trump’s, who has promised to revert some of the measures taken by the departing president.

With the White House, the House and the Senate in Republican hands, the embargo is likely to continue, but the most damaging effect of the Trump administration against the Cuban regime will be to dissuade the capitalist investors from rushing with their money and know-how to buttress a dictatorship intent on upholding the failed model of Military Capitalism of State.

It is the end of the thaw between Havana and Washington. Trump doesn’t have to proclaim it to the four winds (and probably won’t) but needs only to heed the Helms-Burton Law, passed during the administration of Bill Clinton and effective until repealed.

In essence, that law establishes economic sanctions and the absence of trade links, so long as Cuba does not respect Human Rights and outlaws democratic behaviors such as free association and a multiparty system.

It is true that other governments, such as China or Vietnam, are not required to do the same, but those countries are not geographically close to the United States; they don’t have (as Cuba does) 20 percent of their population living in the United States; they don’t influence U.S. elections, and don’t have three Senators and four Representatives perfectly aligned on the Cuban issue. In other words, they don’t constitute a problem in domestic policy, as happens with everything that develops on the island.

Barack Obama tried to change Washington’s policy toward Havana and failed. In the first place, because, as demonstrated by the recent elections, Cuban-American voters clearly preferred the “hard-line” politicians who rejected those changes if Raúl Castro’s government didn’t show signs of initiating a credible sort of transition.

But it also failed because Fidel and Raúl Castro did not seize the hand extended by Obama to open up the Cuban society and reiterated their well-known loyalty to communist ideology, something that many of their supporters lament, although they have no way to express it.

The Castro brothers interpreted the change of attitude by the White House as the surrender of an old enemy against whom they would continue to fight on all fronts, alongside North Korea, Iran, Venezuela, Russia or China because, to them, the U.S. continued to be the incarnation of capitalist evil.

And now, what will Raúl Castro do? I don’t think he’ll do anything. “He who follows, let him steer.” He is 85 years old and knows that the younger people are impatient to tear down that failed system. It’s not true that the transition ended in 1959. It’s not true that history could be stopped. But they’ll have to wait for his death. The political battle has turned into a biological battle.

*Journalist and writer. His latest book is the novel A Time for Scoundrels.

1 thought on “Cuba and the false end of history”