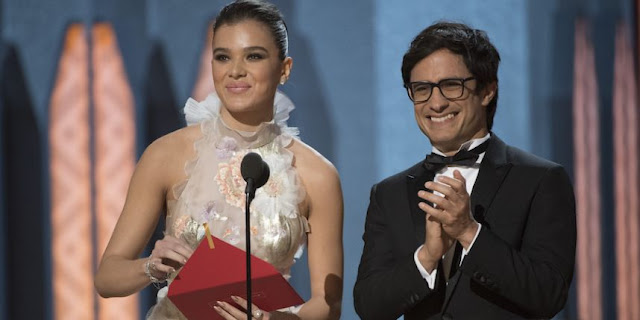 “Mexicans are mostly a rabble of illiterate Indians.” (Che Guevara, 1956.) 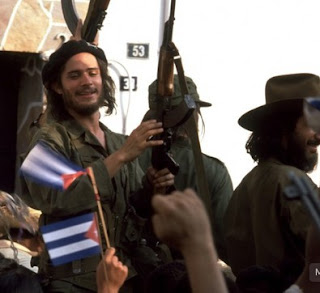 (Fun exercise: see if you can identify who is sitting at the head of the table in the painting above by a Chicano artist   titled “Chicano Heroes.” The mural is one of the proudest displays of Stanford U’s “Centro Chicano.”)

“As a Mexican, as a Latin American, as a migrant worker, as a human being, I am against any form of wall that wants to separate us.” (Mexican actor Gael Garcia Bernal, Academy Awards.)

By the way, this same Mexican actor idolizes the co-founder of a regime whose “wall” killed twenty times as many desperate people as the Berlin Wall.

The Mexican actor Gael Garcia-Bernal has played his Stalinist, racist, terror-sponsoring, mass-murdering idol twice thus far. Once in the Showtime movie Fidel in 2002 then in Robert Redford’s Motorcycle Diaries in 2004.