While there are many in the LGBT community here in the U.S. who have not fallen for the gay-activism ruse Mariela Castro is carrying out, there are way too many others who have. Not only has Mariela Castro ignored the heinous crimes committed by her uncle Fidel Castro and her parents Raul Castro and Vilma Espin against gay Cubans, she is purposely and dutifully working hard to cover them up. The last thing Mariela wants anyone talking about is how her family persecutes gay people and rounded them up into concentration camps to do forced labor. 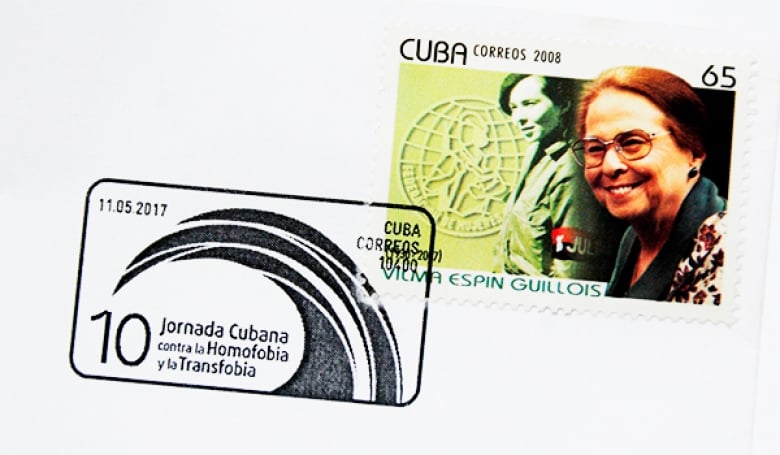 When the first police raids of homosexuals were carried out in revolutionary Cuba, Vilma Espín was already the wife of the head of the armed forces, the sister-in-law of the regime’s top leader, the woman with the highest political position among the elite, and president of the Federation of Cuban Women (FMC), the only gender-based organization allowed in the new society.

When they imprisoned homosexuals and “other degenerates” in UMAP forced labor camps, when they persecuted homosexuals and expelled them from classrooms, theater companies and any setting in which they enjoyed visibility, Vilma Espín occupied the same position and had the same relatives.

When during the Mariel Boatlift homosexuals and lesbians were officially placed on a par with criminals and delinquents, and it seemed expedient to get rid of them, Vilma Espín’s position remained as privileged as before.

As president of the FMC, during all those decades she should have defended Cuban homosexuals and their families. But she did not, instead fully supporting the policies that her brother-in-law and her husband had devised.

When in 2010, in an interview with the Mexican newspaper La Jornada Fidel Castro recognized some responsibility for the existence of the UMAP, Mariela Castro Espín, the daughter of Vilma Espín and Raúl Castro, hastened to contradict her uncle in an effort to exculpate her father, by then the ruler of the country.

Fidel and Raúl Castro and Vilma Espín are three of the figures most responsible for repression against homosexuals in Cuba. Mariela Castro Espín, too young to have actually participated in these events, is currently in charge of whitewashing her elders’ crimes. After recognizing that the UMAP existed, and after promising an investigation to clarify this phenomenon, she must also explain why this investigation has never been carried out, and never will be.

Just as her mother took advantage of the struggle for women’s rights, she exploits the struggle for the rights of the LGBTI community in a ploy to wield power and suppress dangerous freedoms. In the history of her family’s homophobia, her role has been to hide the horrors of the past and to misrepresent that history to favor her family’s interests. It is not surprising, then, that the first postcard envelope “dedicated to the lesbian, gay, bi, trans, and intersex (LGBTI) community in Cuba” actually features a stamp graced by an image of her mother, Vilma Espín.

Other countries dedicate these kinds of postal products to true activists for LGBTI rights, and artists and works from this community, or to emblems like the rainbow flag. The circulation of these images serves to raise the public’s awareness of the rights and achievements of these minorities. In the Cuban case, however, no seal will be circulated including any mention of or allusion to the LGBTI community. What has been issued, rather, is an envelope including a mere allusion. And, unlike postage stamps, these envelopes are not meant to actually be mailed, but rather to expand the collections of stamp collectors.

A postage stamp has not been issued acknowledging the LGBTI community, but rather one honoring Vilma Espín, issued in 2008, and a great opportunity for social activism and awareness raising has been squandered. The family that has been Cuban homosexuals’ worst enemy dares to exploit this opportunity to burnish its image, at the expense of those whom they denied and persecuted. Like her elders, Mariela Castro Espín mocks the wishes and dreams of those she claims to represent, this time by promising them a postage stamp for their cause, and then circulating an image of her own mother.