It was barely two years ago that Putin–with no other option– finally “wrote off” $30 billion the kleptocratic/deadbeat Castro regime owed Russia.

Now Castro is BEGGING(!) for further “brotherly solidarity” from Mother Russia– in the form of massive oil shipments to replace the ones from their ransacked Venezuelan colony which are quickly drying up.

“Not so fast,” Putin seems to be responding to Castro. “Let’s settle up first.”

So Putin is finally catching on! He’s taking a cue from one of the most phenomenally successful foreign policy stratagems in recent history!

I refer, of course, to the the universally-denounced (because of its rollicking success in making the U.S. taxpayer among the few in the world not robbed blind by the kleptocratic Castros) “U.S. embargo of Cuba”— which lately mostly a matter of Uncle Sam demanding “CASH-UP-FRONT, BABY!” from the deadbeat Castros. 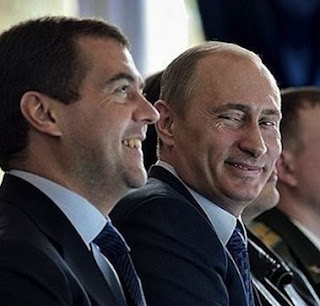 MOSCOW, May 29. /TASS/. Cuba wants to increase the supply of oil and oil products from Russia, but it is a matter of financing, Russian Energy Minister Alexander Novak told reporters.

“Cuba really wants more supplies, but the question is in financial sources. If financial resources are found – the companies will deliver, it’s not charity,” he said.

Hey, with Trump promising to put a crimp on the Obama-facilitated U.S. financial lifeline to the kleptocratic/deadbeat Castros on our end–and now this from Putin--things could get interesting Cuba-wise…