As expected, the press will report the reassignment of Cuban spy Josefina Vidal to Canada from her espionage duties here in the U.S. as the Castro dictatorship shuffling around its “diplomats.” The press will also neglect to mention that all of the Cuban regime’s “diplomats” are actually highly-trained spies tasked with infiltrating and undermining the governments of their assigned countries.

Nonetheless, if you read through the entire Reuters article on Vidal’s reassignment below, you will notice the glaring absence of any mention that more than a decade ago, U.S. counterintelligence identified Vidal as a Castro intelligence officer. Furthermore, you will not find any mention whatsoever that in 2003, Vidal and 13 other Cuban spies were unceremoniously kicked out of the U.S. for espionage.

And if you are wondering how Vidal got back into the U.S. after being identified as a spy and kicked out of the country for espionage, you can thank President Obama for giving her a “second chance.” 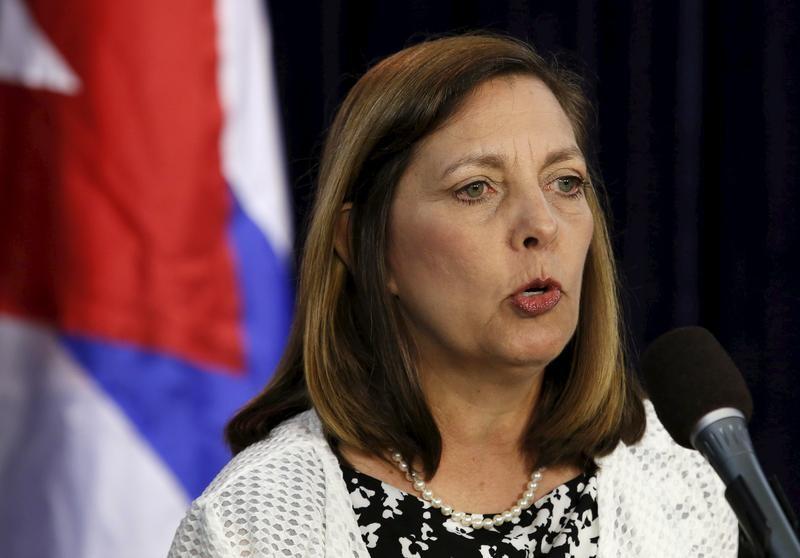 HAVANA (Reuters) – Cuba has reassigned the woman who led two years of intense negotiation with the United States under the detente worked out by former U.S. President Barack Obama and Cuban leader Raul Castro, state media said on Sunday.

Josefina Vidal, former head of North American affairs at the Foreign Ministry, will serve as ambassador to Canada, according to people close to her.

Vidal, a member of the Communist Party Central Committee, oversaw the opening of the two countries’ embassies after decades of Cold War enmity and the signing of 22 agreements on issues including law enforcement, resumption of direct flights, the environment and postal service.

Vidal’s reassignment follows President Donald Trump’s declaration last month that the normalization process was a “terrible” deal and that he would ban future business with military-operated Cuban companies and tighten up on travel.

1 thought on “One of Cuba’s top spies in U.S., Josefina Vidal, reassigned to espionage duties in Canada”