(How CNN (actually) COLLUDES with the intelligence services of Russia’s main ally in our Hemisphere.)

You see amigos: You’d never know it from CNN who portray him as an innocuous “academic” but—CNN’s “contributor” Arturo Lopez-Levy (seen above left)  also happens to be Cuban dictator Raul Castro’s nephew-in-law!

Better still: the “Levy” part of this Castro-family member’s name is actually his nom-de-agent-of-influence. The name he was known by for upwards of 30 years in Cuba before being deployed by the Castro regime to the U.S. as an (unregistered, hence lawbreaking) agent-of-influence was Arturo Lopez-Calleja. 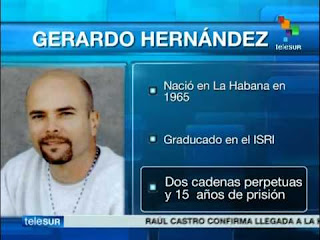 This CNN favorite was also a graduate of Cuba’s KGB-mentored spy-training center the Instituto Superior de Relaciones Internacionales, where among his illustrious classmates was Gerardo Hernandez (top right) who rose to the rank of major in Castro’s KGB-tutored Intelligence agency–before he was arrested in the U.S. for espionage and conspiracy to commit murder of U.S. citizens. 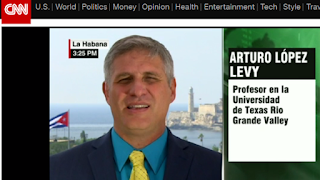 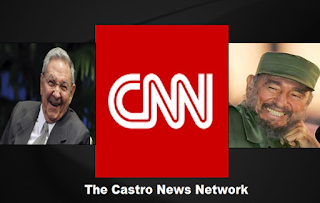 According to the FBI’s affidavit, DGI major (and Arturo Lopez-Levy classmate) Gerardo Hernandez and his cohorts were engaged in, among other acts:

• Intelligence gathering against the Boca Chica Air Naval Station in Key West, the MacDill Air Force Base in Tampa and the headquarters of the U.S. Southern Command in Homestead Florida.

• Compiling the names, home addresses and medical files of the U.S. Southern Command’s top officers along with those of hundreds of officers stationed at Boca Chica.

• Infiltrating the headquarters of the U.S. Southern command.

If the above information strikes you as “kooky” or “right-wing Cuban crackpot,” I invite you to follow the footnotes fully- documenting them here. 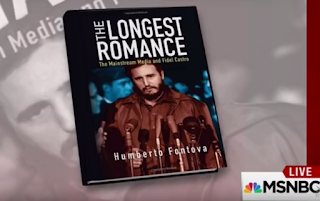 CNN has ever mentioned Arturo Lopez-Levy’s (Calleja’) kinship with Cuba’s dictator much less his closer kinship with the Cuban dictator’s son-in-law, much less this son-in-laws ownership of Cuba’s tourism industry, which was disclosed during a Congressional hearing by America’s top Cuba spycatcher Chris Simmons.

In brief: the head of (terror-sponsoring) Cuba’s tourist industry, through the good offices of the U.S. mainstream media has his cousin constantly lobbying for more U.S. travel to Cuba. And the U.S. public (outside of the tiny Cuban-American informational ghetto) remains utterly oblivious to his background, his motives, much less to what their expenditures in Cuba mean to the Cuban people’s prospects for freedom and to U.S. national security.