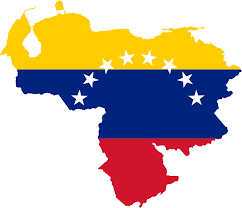 Just saw this report about Venezuela:

The U.S. government ordered family members of employees at its embassy in Venezuela to leave on Thursday as a political crisis deepened ahead of a controversial vote critics contend will end democracy in the oil-rich country.

Violence continued to rage on the street, with another seven people killed during the latest opposition-led strike against President Nicolas Maduro’s planned election for a powerful new Constituent Assembly on Sunday.

Adding to Venezuela’s growing international isolation, Colombian airline Avianca suddenly stopped operations in the country on Thursday due to “operational and security limitations”.

The situation is likely to result in casualties and many injuries.

Let’s keep our friends in Venezuela in our prayers and hope for the best.