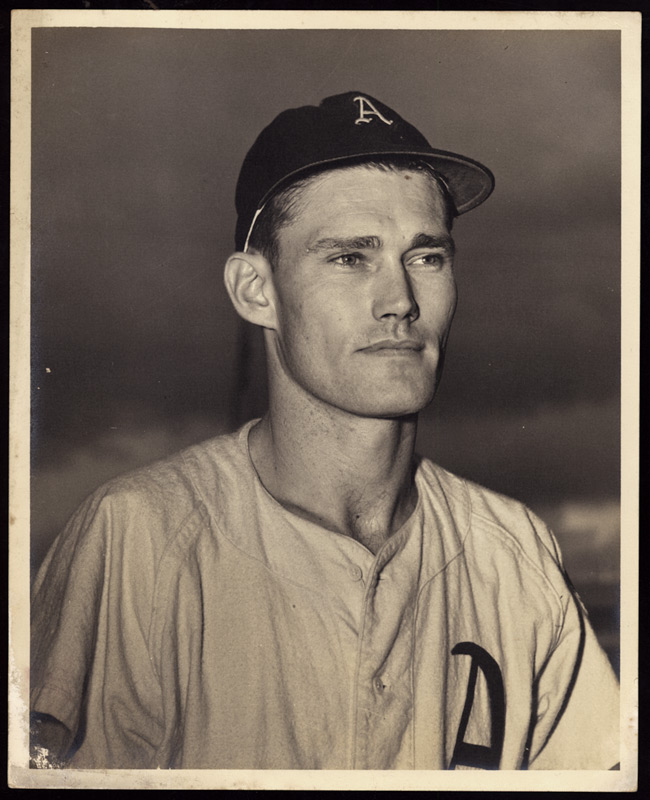 We remember Chuck Connors for that wonderful western, “The rifleman“.   In fact, I try to watch it every Saturday morning.  The show was on from 1958 to 1963.

Before taking up the rifle, he played baseball.   His career was brief or a just two major league seasons:  1949 Dodgers & 1951 Cubs.    Connors also played winter ball in Cuba, a good fielding first baseman with Almendares.