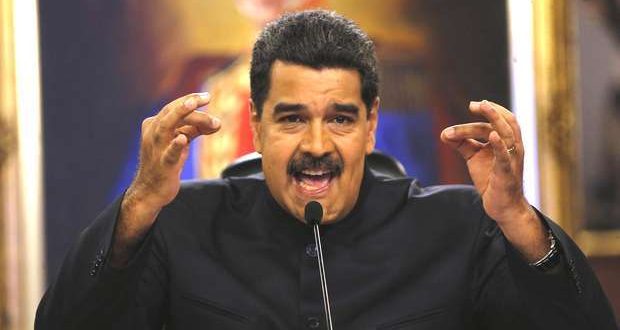 Not even the threat of rain accompanied by a slight coastal breeze dampens the terrible heat that of this summer in Havana. People on the street are in a bad mood.

The sun burns, public services are inefficient as always, and empty dinner plates mobilize thousands of capital residents to rummage around for provisions in farm markets plagues with shortages, or hard-currency stores that allow a hot meal.

In Cuba, one lives day to day. The leftovers from last night’s dinner serve as the morning’s breakfast. The number one national priority is food. Next, among other things, is escaping the unbearable heat in front of a noisy Chinese fan.

This is what Mario, a retiree, does, during the afternoon while the grandkids play in the street and in the adjoining apartment a goat bleats before being sacrificed for a Santeria fiesta, as he watches the Telesur channel with indifference, a channel with a shamelessly pro-chavista slant describing the atmosphere in Caracas the day after the elections of the Constituent Assembly.

To the majority of Cubans, the topic of Venezuela sounds like a broken record. It’s like reviving the past of the “marches of the combative people” in front of the former United States Interest Section in Havana — now the American embassy — screaming the demands of Fidel Castro’s latest whim.

To the retired Havanan, Venezuela brings a feeling of deja vu. “It’s the same shit, but with a different collar.  Poor Venezuelans. If this Constituent Assembly thing goes through they’re done for. Wherever Cuban style socialism goes in there’s nothing but a puppet with a head. These systems are impoverished by nature. They just generate pseudo-patriotic discourse, insults to anyone who thinks differently, and societal polarization.”

Mario has a daughter who “serving on a mission in Venezuela. She is in Carabobo and tells me that there are also protests there. She talks with the Venezuelans, although they do not support the opposition, they do not want to know anything about Maduro either. The man is a thug. With those Mao style shirts he puts on and his speeches wanting to imitate Chavez. This is going to blow up in his face. They don’t even want Maduro in the place. The bad thing for us is that when Venezuela is fucked the oil they give us will be hanging by a thread.”

To be sure, people consulted for Diario Las Americas, including four Cubans who worked as aid workers in Venezuela, do not know how the Constituent Assembly can rescue the South American nation from the economic, political and social crisis that the nation is experiencing.

“I do not this Constituent Assembly. What is that thing?” asks astonished Miladys, who has just returned from Guanabo, east of the capital.

For two and a half years, Asniel was a sports coach in the Venezuelan state of Cojedes. “It’s bad. At night you can not go outside. Poverty is huge. I came back a year ago and I think Venezuela, with its lines, shortages, drugs and violence, is much worse than Cuba. There is tremendous corruption among the rulers. Most Venezuelans are disgusted with Maduro, though many do not trust the opposition either, because most opponents are from the wealthy class.”

A Venezuelan couple living in Vargas state often travel five or six times a year to Cuba to sell “this and that, appliances, smartphones. We are mules. With the chavitos (CUC) we earn, we buy dollars and then we sell them in Venezuela,” says the man and adds:

“The situation in Venezuela is ugly, brother. Many people go hungry, because they only get one meal a day. Many people have lost weight. I was a Chavista, but I would not vote for the pelucones (opponents) either. The country is rotten from top to bottom. Government officials are only interested in making money by stealing and profiting from state assets. Crime is brutal. Whatever you have, they snatch it from you. If Maduro remains in power that can end in a civil war. Those who have money seek to emigrate, the poor will be fighting it out among themselves,” says the Venezuelan couple sitting in a park west of Havana.

Delia, a nurse, has bad memories of Venezuela. “I came back in December of last year. Nothing works there. You see the children of 13 and 14 with pistols and even machine guns. In Venezuela, life is worthless. They kill you for anything, a mobile phone, take your money or just for killing. The Chavistas I met work on favoritism and opportunism. They join state institutions to solve their problems. In the hills there are groups that support the government, but some of these types look like hired assassins. They ride on motorbikes armed to the teeth. They support Maduro in exchange for impunity. Venezuela is a very nice country, but the economic crisis and the stubbornness of Maduro have fucked it up.”

Josué, an old man who sweeps parks, smiles shyly when asked about the Constituent Assembly in Venezuela. “I suppose Maduro set up that whole plan to secure himself in power and rule for a long time, like Fifo (Fidel). Hey, when you hear someone talk about socialism and social justice flee, because they just want to be on the throne their whole life.”

Laura, an engineer, believes that Maduro’s Constituent Assembly is going to bring ’peace’ in a simple way, “dismantling the National Assembly, imprisoning most of the opponents and dismissing the prosecutor Luisa Ortega. He (Maduro) wants to imitate Fidel Castro, who implemented a Soviet-style constitution for ever and ever.”

For many on the island, the parallelism between the social processes of Venezuela and Cuba seems homogeneous. It looks so much like what we’ve experienced it’s frightening.