“Those who cannot remember the past are condemned to repeat it.” – George Santayana 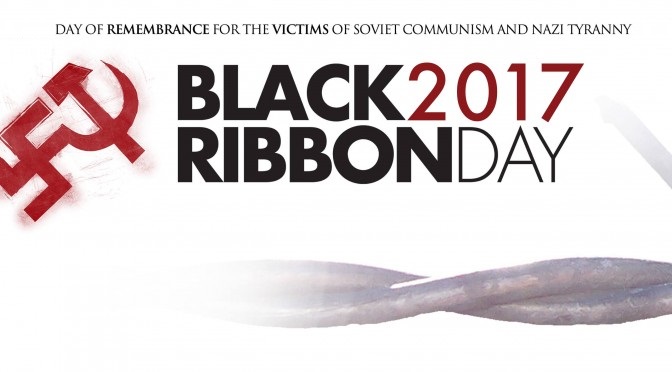 Seventy eight years ago on August 23, 1939 Josef Stalin, the leader of the Soviet Union, the first communist regime, signed a treaty with Adolph Hitler, the leader of Nazi Germany it was initially named after their respective foreign ministers, V.M. Molotov and Joachim von Ribbentrop, as the Molotov-Ribbentrop Pact. However it also became known as the Hitler-Stalin Pact. It was publicly described by both parties as a non-aggression treaty but it had a secret additional protocol that divided up Poland and the Baltic states. In reality it was a an aggression treaty in which the two aggressors Nazi Germany and Soviet Russia agreed before hand how to divide up the spoils as follows:

Article I.
In the event of a territorial and political rearrangement in the areas belonging to the Baltic States (Finland, Estonia, Latvia, Lithuania), the northern boundary of Lithuania shall represent the boundary of the spheres of influence of Germany and U.S.S.R. In this connection the interest of Lithuania in the Vilna area is recognized by each party.

Article II.
In the event of a territorial and political rearrangement of the areas belonging to the Polish state, the spheres of influence of Germany and the U.S.S.R. shall be bounded approximately by the line of the rivers Narev, Vistula and San. The question of whether the interests of both parties make desirable the maintenance of an independent Polish States and how such a state should be bounded can only be definitely determined in the course of further political developments. In any event both Governments will resolve this question by means of a friendly agreement.

Nine days later on September 1, 1939 at 4:45 am Nazi Germany invaded Poland and World War II started. Sixteen days later the Soviet Union exercising its secret agreement with the Nazis invaded Poland from the East and met their German allies in the middle of Poland and on September 22, 1939 the German Nazi army joined with the Soviet Communist army in a military parade in Brest-Litovsk and the two sides celebrated together.