Frances Martel continues coverage of enslaved Cuban doctors sold to Brazil’s government who have filed suit in that country to gain their freedom. In the meantime, the world continues to ignore the apartheid Castro dictatorship’s modern-day slave trade. 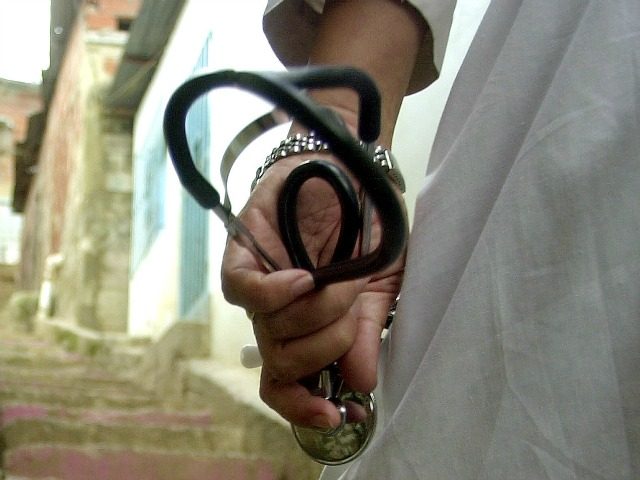 Brazil’s Health Minister told reporters last week that his nation’s judiciary has seen “around 150” lawsuits by Cuban doctors forced to work for negligible salaries in Brazil, the pawns in an elaborate for-profit enterprise that nets the communist Castro regime millions of dollars a year.

The issue caught the attention of the New York Times, a publication that has attacked the United States for offering refuge to Cuban doctors who manage to escape the system and reach America, dismissing the doctors’ complaints as unsubstantiated.

Brazilian Health Minister Ricardo Barros spoke in Washington, D.C., on Tuesday according to the national newspaper O Globo, and said Cuba has expressed concern that the program that brings these doctors into Brazil may soon result in a flood of litigation. “Mais Medicos” (“More Doctors”), a program established by ousted leftist president Dilma Rousseff, aims to fill gaps in the Brazilian health care system by forcing Cuban doctors into the nation’s most remote and impoverished areas.

“There are around 150 [legal] actions in which Cuban doctors are asking to remain in Brazil because, after the three-year cycle, they must return and be replaced by other professionals,” Barros explained. “They also ask to receive directly the salary paid by the government.”

Currently, Brazil pays Havana directly for the doctors it provides, leaving the Castro regime responsible for providing the doctors with a “stipend” for food, shelter, and other needs. Many doctors are forced to travel without their families and little guarantees that their salary will be enough for food.

Barrios stated that Brazil was largely successful in preventing doctors seeking to stay in Brazil legally from doing so, saying, “Brazil has been successful in overturning any injunctions obtained by these professionals to remain in Brazil outside the conditions of the agreement.”