More than 20 American diplomats stationed in communist Cuba had to be brought back to the U.S. to receive medical attention after being injured by apparent “sonic” attacks. The injuries ranged from headaches and nausea to hearing loss and even brain damage. Yet Cuba’s apartheid dictatorship is making the ludicrous claim that there is “no evidence” of any attacks.

Of course, this is the same Castro dictatorship that has routinely harassed American diplomats for years, vandalizing their vehicles and going so far as to putting urine in their mouthwash and poisoning their pets. It is also the same murderously repressive and totalitarian dictatorship that claims there are “free elections” in Cuba and there are no political prisoners on the island. 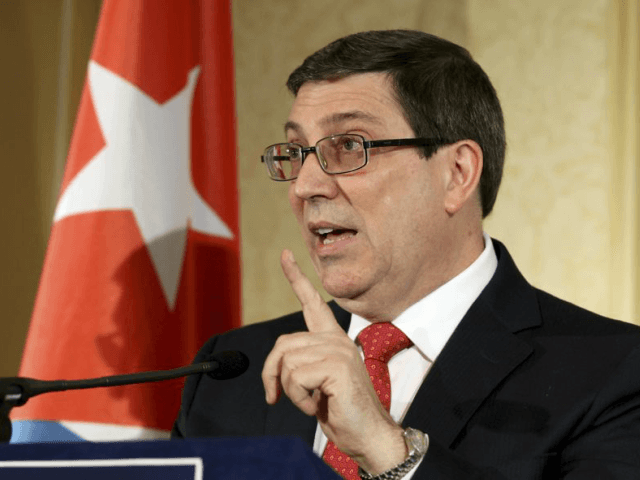 Cuban Foreign Minister Bruno Rodríguez Parrilla declared there is “no evidence” that American diplomats have suffered acoustic attacks, leaving them with hearing loss and brain damage, at a press conference Tuesday responding to the expulsion of 15 Cuban diplomats from U.S. soil.

The U.S. State Department confirmed, also on Tuesday, that they had requested the withdrawal of Cuban embassy staff in Havana, accusing the communist Castro regime of being either unwilling or unable to protect American diplomats as dictated by the 1961 Vienna Convention. American officials have confirmed 22 cases of illness or injury in U.S. diplomats and their families working at the embassy in Havana and have not blamed Cuba for the attacks in question.

Nonetheless, a State Department official told reporters in a telephone briefing that the U.S. “could not come to any other conclusion” than that their diplomats were targeted and attacked.

“Science fiction, futurism, what is this?” Rodríguez asked reporters Tuesday.

“There does not exist evidence of the occurrence of the alleged incidents, or the causes and origin of the health symptoms American diplomats and families notified us of,” Rodríguez told reporters in an extensive press briefing, quoted in full by communist propaganda outlet Granma, which referred to the attacks on U.S. diplomats in scare quotes.

In response to another reporter’s question, Rodríguez repeated that “the reality is that there is not a single shred of evidence regarding the occurrence of the alleged incidents, or their causes, or their origins, as the tongue-twister from the State Department official makes clear.”

1 thought on “After more than 20 U.S. diplomats were injured after sonic attacks in Cuba, Castro dictatorship says there is ‘no evidence’”