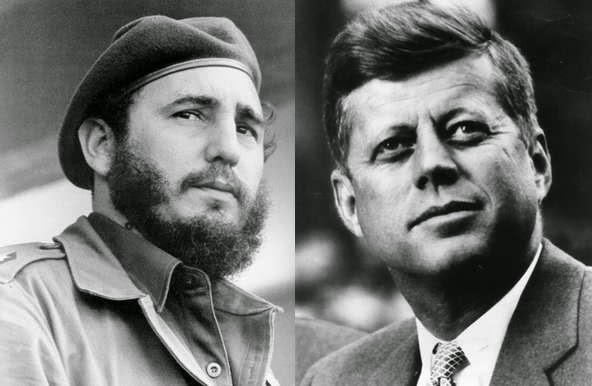 When you have a clear and present danger and nuclear threat sitting just 90 miles from your shores, you make plans to neutralize it and take it out. The nuclear threat may be gone, but more than five decades later, Cuba’s Castro dictatorship remains a threat to U.S. national security.

U.S. military planners estimated they would need 261,000 troops and between 10 to 15 days to invade Cuba, oust its dictator, Fidel Castro, and take control of the country, an Aug. 8, 1962, memo for the John F. Kennedy administration shows.

“In order to seize control of key strategic areas in Cuba within 10-15 days with minimum casualties to both sides about 261,000 US military personnel would participate in the operation,” said the memo addressed to the “Special Group” developing plans to remove Castro.

The memo was one of almost 2,900 files released Thursday by the National Archives as part of the final disclosure of files collected in the investigation of Kennedy’s assassination on Nov. 22, 1963, in Dallas.

While this and other documents had nothing to do with the actual assassination, it was included in the files because of the connection between Kennedy’s desire to remove Castro from power, his support of Cuban exiles to help him and the affinity of assassin Lee Harvey Oswald for the Castro government.

Parts of many of the documents released Thursday had been disclosed before, but not in their totality. The memo about Cuba invasion planning had specific troop numbers, the duration of the invasion, the type of weapons and military units to be used and the location of forces censored when it was released previously.