Frances Martel takes us deeper into the systemic racism suffered by Cuban blacks at the hands of Cuba’s all-white apartheid Castro dictatorship. Keep in mind this is the same brutally repressive and racist apartheid regime Colin Kaepernick praised for its social justice “achievements.” 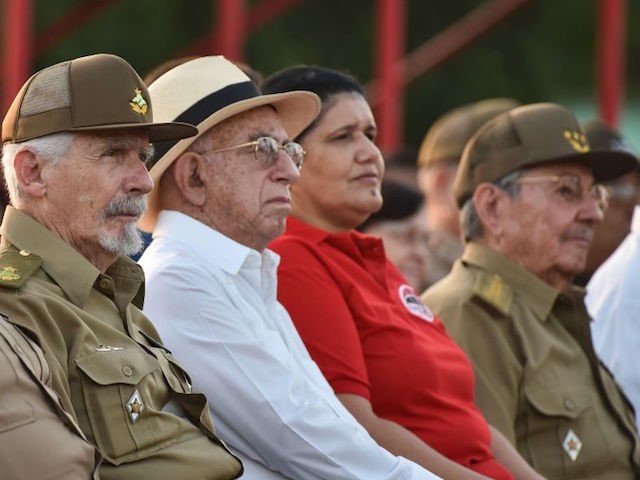 A Cuban dissident group has published a report detailing 145 cases of human rights violations against black Cubans, sanctioned by the communist Castro regime, which proclaimed the end of racism in 1962.

The Spain-based Diario de Cuba details the accusations in “Denial, Exclusion, and Repression,” a report by the Citizens’ Committee for Racial Integration (CIR), a dissident group dedicated to exposing the oppression of racial minorities under communism in Cuba. While the group reportedly completed the study this month, Diario notes that State Security policemen shut down an attempt to formally debut the results of the study.

“The Afro-Cuban population has been excluded from the main labor mobility scenarios, as shown by several studies carried out by official institutions. These findings contradict the results of the National Population and Housing Census, which alleges that there are no significant differences according to skin color in terms of economic indicators,” the study reportedly reads.Diario‘s Yusimí Rodríguez López notes that the findings in the report do not differ from conclusions white dictator Fidel Castro made in the final years of his life: “Blacks live in the worst housing, have the hardest and worst-paid jobs, and receive between five and six times less in family remittances in dollars than their white compatriots.”

Marthadela Tamayo, a member of the CIR, told the Miami-based Martí Noticias that the study found a “marked inequality of opportunity” for black Cubans that stems from “structural racism” imposed by the white communist elite.

“They tell us that [denouncing racism] affects national unity, that we are a group of black African descendants looking to foster some sort of anti-regime movement,” Tamayo protested. But in reality, “we base ourselves in how Afro-Cubans are denied and excluded from certain jobs in Cuba” and how “in this country, there is a small, if not nonexistent, Afro-Cuban presence in wait staff, hotel managers, or in the culture centers, or as stars of movies or television.”