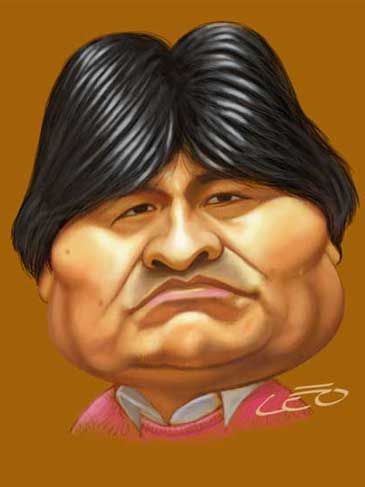 What’s in those JFK files?  I don’t know and don’t plan to read anything more than summaries in the media.  I understand that there are some juicy things in the files, but I’ve been sold on Lee Harvey Oswald shooting President Kennedy since reading Case Closed twenty years ago.

The latest bit of interest has to do with Bolivia.  Bolivia, you say?  Isn’t that where Che Guevara was killed in 1967 – four years after JFK was killed?

The issue is fascinating because it deals with Bolivia and Chile, which have been arguing about a border for years.  This is from Sabrina Martin:

Bolivian President Evo Morales said this weekend that Chile made a “secret offer” to grant the country access to the ocean in exchange for an alliance against Peru. Morales made the statements this Sunday, October 29 when documents concerning the assassination of John F. Kennedy were released by Unites States President Donald Trump. The documents allegedly contain evidence of the proposed alliance.

The alleged “offer” was made in December 1975 during Chile’s Augusto Pinochet dictatorship, and includes an offer of a 6.2-mile passage to the ocean.

“In exchange for the passage, Chile asked to trade territories and Bolivian fresh bodies of water,” Morales tweeted. “They wanted an alliance against Peru.”

I guess leftist Morales is also fond of tweeting!

The issue is really a gift to Morales, who is desperately looking for a distraction back home.  He has been the subject of a lot of corruption charges and lost a $2-billion petrochemical plant contract with European Firms.  And the Economist blasted Morales in 2016 when he tried to change the constitution to stay in power.

Getting into an argument with Chile over a border dispute is good politics for Morales, especially if he can somehow blame the U.S. for the information.