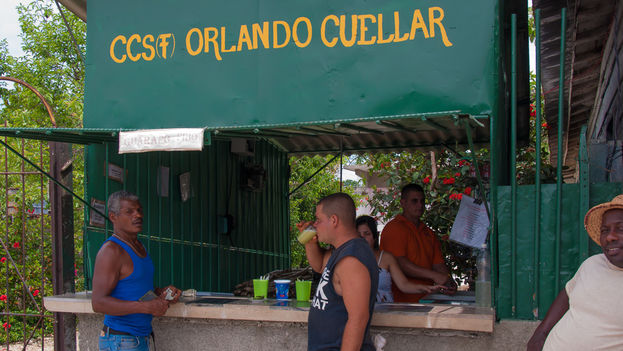 “Whomever figures out how to sell guarapo in a can will get rich,” says Overti, a Villa Clara resident in Havana who is trying to open his own café in the capital. “I started by setting up the trapiche – the sugarcane crusher – but I never managed to maintain a supply of cane, so I wasn’t able to sell even the first glass,” he tells 14ymedio.

The refreshing beverage, made with sugarcane juice and a lot of ice, has to be drunk immediately because otherwise “it gets dark and smells bad,” says the merchant, referring to the tendency of the juice to almost immediately begin to ferment. In other Latin American countries, as well as in south Florida, guarapo is sold in glass bottles and even in cans, as Overti yearns to do, but these options haven’t yet arrived on the island.

Right now and until some local entrepreneur manages to squeeze the sugarcane juice into a container and preserve it to keep it fresh for the palate, the consumers of this beverage are going to have to satisfy themselves with the so called guaraperas – the stands where the juice is sold fresh – which are increasingly scarce in the Cuban capital.

The inability to solve the transportation problems to ensure the cane arrives on time every morning has forced many guaraperas to close, leading to a scarcity of the drink that is so popular and refreshing for pedestrians. “If it were up to me, I’d set up a guarapo factory and the people here would never drink water again,” Overti dreams, although right now he can’t offer for sale even a single glass.