The history of man is the history of crimes, and history can repeat. So information is a defense. Through this we can build, we must build, a defense against repetition. – Simon Wiesenthal 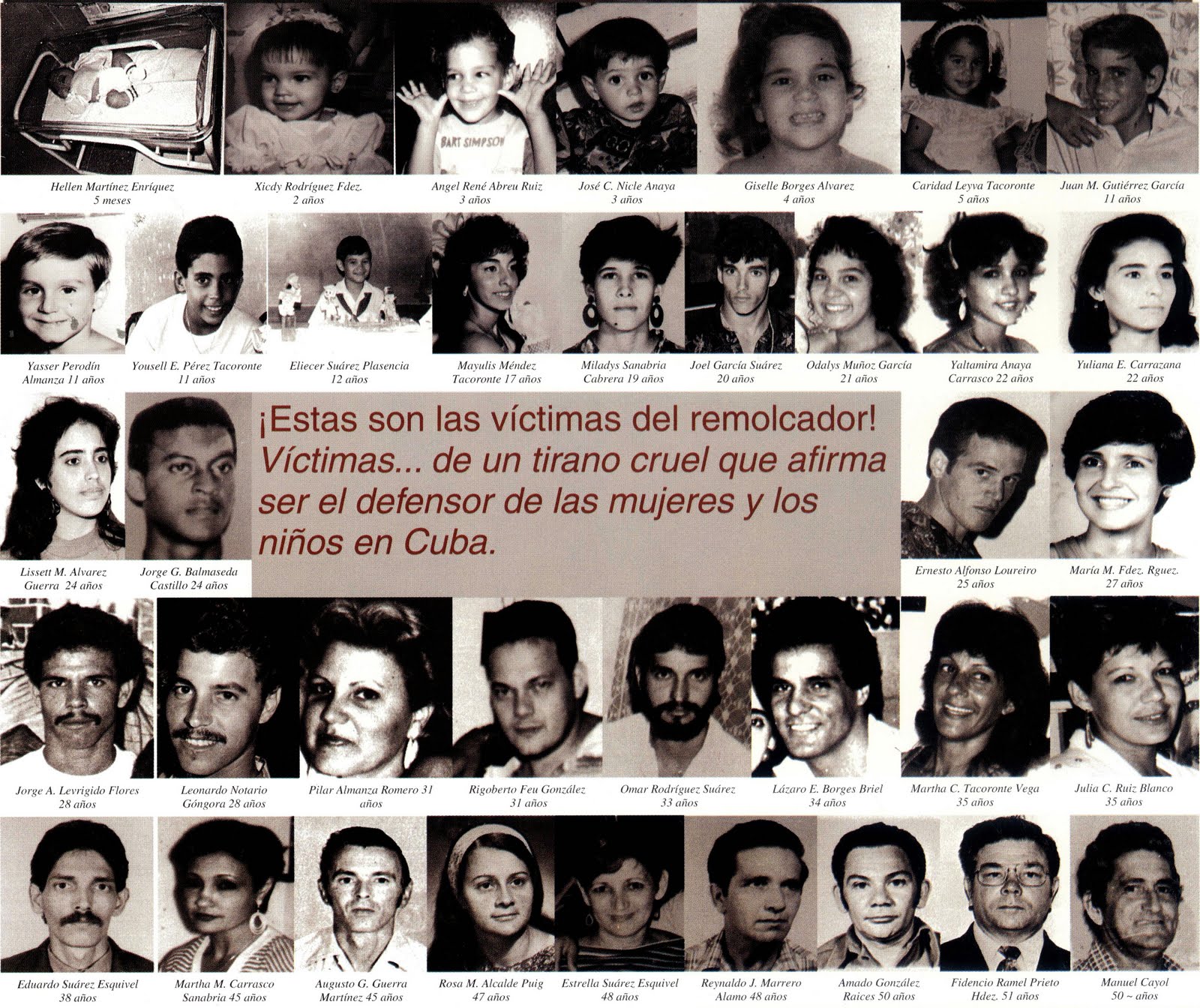 Some psychologists argue that as the number of victims increase into the hundreds, and thousands that compassion collapses out of the human fear of being overwhelmed. Soviet dictator Josef Stalin put it more succinctly: “When one man dies it’s a tragedy. When thousands die it’s statistics.” In the case of Cuba the communist regime has killed tens of thousands, and many have become numb in the face of this horror. Therefore on the 100th anniversary of the founding of the first communist regime in Russia, that caused so much harm around the world, will focus on the small corner of Cuba and on an infinitesimal sampling of some of the victims of Cuban communism.

In this third entry will return to one of the great crimes of the Castro regime that has been well documented by international human rights organizations and reported on ABC News Nightline that claimed the lives of 37 men, women, and children. They were trying to flee the despotism in Cuba to live in freedom.

Previous entries where about Cubans trying to change the system nonviolently. The first entry concerned Orlando Zapata Tamayo, a humble bricklayer turned courageous human rights defender who paid the ultimate price in 2010 for speaking truth to power. The second entry focused on Oswaldo Payá Sardiñas, a Catholic lay activist, nonviolence icon, husband, father of three and the founder of a Cuban opposition movement that shook up the Castro regime with a petition drive demanding that human rights be respected and recognized in Cuba. This action and speaking truth to power led to his extrajudicial killing in 2012.  This entry demonstrates that trying to flee, without the permission of the dictatorship, can also be deadly.Three Cuban families, totaling almost 70 people, seeking a better life away from the dictatorship sought passage aboard the Cuban tugboat the “13 de Marzo.” The captain of the tug was part of the group wanting to leave. Despite attempts to be discreet, an informer had already reported them to State Security.

They left the port at 3:00am on July 13, 1994 and almost immediately were being pursued by other tugboats, also of the Maritime Services Enterprise of the Ministry of Transportation. Seven miles from the Cuban coast line at a location known as “La Poceta” the “13 de Marzo”tugboat was confronted by the tugboats . Amnesty International in their 1997 investigation reported that the vessels which attacked the “13 de Marzo” were Polargo 2”, “Polargo 3? and “Polargo 5? and identified as belonging to the Ministry of Transport.

1 thought on “Remember the victims of communism in Cuba: The 37 victims of the ’13 de Marzo’ tugboat massacre”