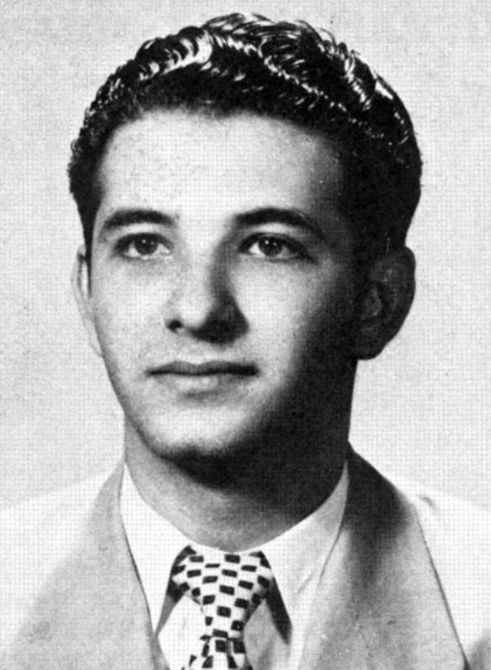 Some psychologists argue that as the number of victims increase into the hundreds, and thousands that compassion collapses out of the human fear of being overwhelmed. Soviet dictator Josef Stalin put it more succinctly: “When one man dies it’s a tragedy. When thousands die it’s statistics.” In the case of Cuba the communist regime has killed tens of thousands, and many have become numb in the face of this horror. Therefore on the 100th anniversary of the founding of the first communist regime in Russia, that caused so much harm around the world, will focus on the small corner of Cuba and on an infinitesimal sampling of some of the victims of Cuban communism.

The ninth entry focuses on a student leader, who fought by Fidel Castro’s side to bring an end to the Batista dictatorship and restore Cuban democracy. However as Castro came to impose a communist regime on Cuba and to achieve that the University could no longer be a bastion of academic freedom and independent student activism. This led to this young man opposing the regime and being sent to prison for 11 years in 1961. He served his sentence, but the dictatorship refused to free him. This drove him to start a hunger strike that ended in his death in 1972.

Pedro Luis Boitel was born in Cuba to a family of modest means of French origin. He studied at the University of Havana while working as a radio technician. Opposing the dictatorship of Fulgencio Batista he joined the July 26 movement led by Fidel Castro. The majority of the movement’s members like Pedro were anti-communists.

Once Batista left for exile and Fidel Castro took control the anti-communist members of the July 26 movement became an obstacle to absolute power. Following the revolution, Boitel returned to University were his fellow students nominated to run for the presidency of the Federation of University Students in 1960.  Fidel Castro personally intervened to remove him from the presidency. Pedro Luis Boitel’s threat to the emerging communist regime was that he refused to betray the Federation of University Students and sought to maintain academic freedom and autonomy.