Cuba’s apartheid Castro dictatorship calls their “elections” the most perfect example of democracy in the entire world. In their view, allowing only a single political party that controls all aspects of life — from politics to the economy; from culture to media; from what you can say to even what you can eat — is the ultimate model of “democracy.” This political party, which is controlled by a self-appointed group of unelected leaders, handpicks the candidates Cubans can “vote” for, ensuring only their choices are ever in the running.

Sort of reminds you of a certain political party here in the U.S. during the 2016 presidential elections, doesn’t it? But I digress.

In reality, the so-called elections held by Cuba’s dictatorship are nothing more than massive electoral fraud. A fraud that for the most part, is carried out for foreign consumption. It is a theatrical attempt to convince the world that for the past six decades, Cubans have voted to keep themselves enslaved and under the yoke of a murderously repressive tyranny. The fact that the apartheid regime has so many supporters and useful idiots ready and willing to further their ruse makes this electoral hoax all the more despicable.

John Suarez has more at Notes from the Cuban Exile Quarter:

Reflections on the electoral fraud in Cuba

“I consider it completely unimportant who in the party will vote, or how; but what is extraordinarily important is this – who will count the votes, and how.” – Josef Stalin (1923) 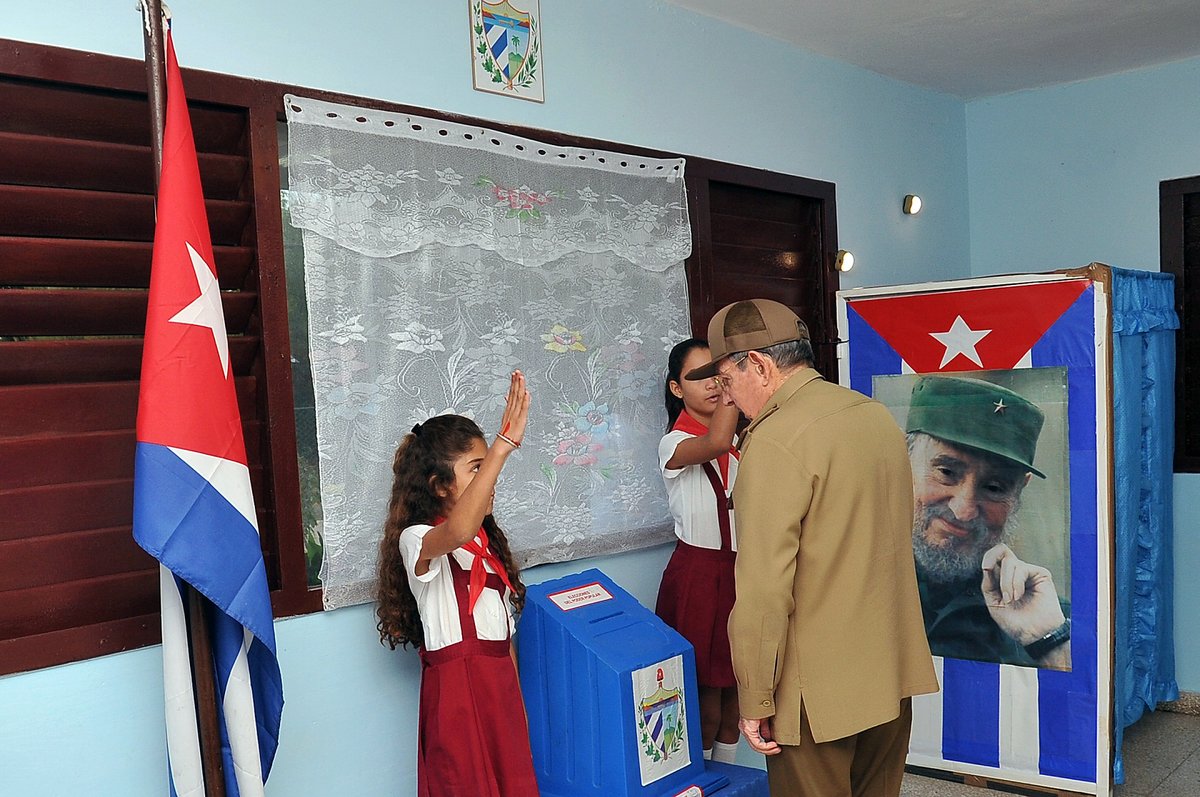 In a free society one elects who will represent them and one can petition their neighbors to vote for them and run for office. In a communist regime one decides on whether or not to suffer the consequences of not affirming the dictatorship by voting in an exercise in which there is no choice in representation. The Castro regime held what it called “municipal elections” on Sunday, November 26, 2017. The act of electing who will rule was made by those in power before the publicized vote took place.

Yoani Sanchez reported over twitter that “[t]hese municipal elections were presented by the official propaganda as a backing for the “legacy” of Fidel Castro, it was very important for the Government to achieve greater participation, just 3 months before the end of Raúl Castro’s presidency.”

There was an electoral farce in Cuba this past Sunday. The 58 year old communist dictatorship in Cuba blocked 175 opposition candidates from running. Only one political party, the Cuban Communist Party recognized as legal in the constitution. St. Kitts and Nevis Oberver in the November 27, 2017 article Cuba Marks Castro’s Death with Pseudo Democratic Elections reported that “[s]tate-run media is championing the belief that the elections are a way for citizens to show support for Fidel Castro’s ideas. In the provincial and national votes, candidates were chosen by commissions made up of Communist Party representatives.”

Finally, ballots marked Plebiscite were not counted and reported. Rosa María Payá of CubaDecide reported over twitter that the “[e]lectoral college arbitrarily denied the request to count the canceled ballots, without answering arguments of the claim. Now there is a spectacular siege of State Security to violate our citizens’ rights and the Electoral Law itself.”