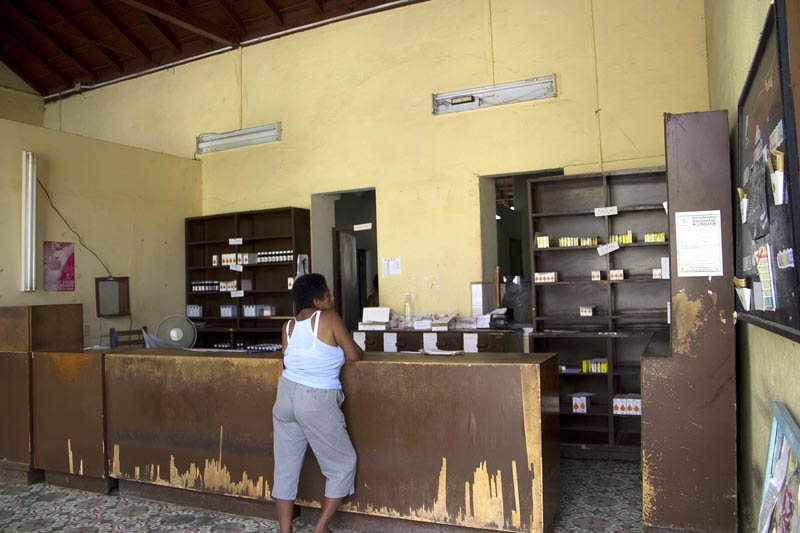 For decades, state-run healthcare in communist Cuba has been lauded as an example to be emulated by other countries. This is despite the fact that for decades, state-run healthcare in Cuba for regular Cubans has been third-world at best and fourth-world in the worst and most common cases. Besides shortages of medical equipment, medicine, like toilet paper, has always been a difficult commodity for regular Cubans to obtain.

This is not hearsay or hyperbole. All one needs to do is listen to the testimony of actual Cubans and see the photographs and videos of the decrepit state of clinics and hospitals in Cuba to see what communist healthcare in Cuba is really like.

But if you read this recent Reuters article on the medicine shortages plaguing the island, you would think the lack of medicine that has been going on for decades just started in the last year or so:

Cuba is working on fixing chronic medicine shortages that started appearing a year ago due to its cash crunch, health officials said in an article published late on Thursday in ruling Communist Party newspaper Granma.

Cuba’s healthcare system, built by late leader Fidel Castro, is one of the revolution’s most treasured achievements, having produced results on a par with rich nations using the resources of a developing country and in spite of the decades-old U.S. trade embargo.

But more than 85 percent of the resources its pharmaceutical industry uses are imported, BioCubaFarma Director of Operations Rita Maria García Almaguer was cited as saying in Granma, and Cuba has been struggling to pay foreign providers.

Medicine production therefore stalled in 2016 and some of 2017 due to lack of inputs, according to García Almaguer.

There is a reason we often refer to Reuters here as Granma Lite. Unfortunately for them, this article does nothing to disprove or hide their propensity to disseminate Castro propaganda as effusively as the Cuban communist party’s propaganda rag Granma.

1 thought on “Shortages of medicine continue to plague communist Cuba, but Reuters just found out”