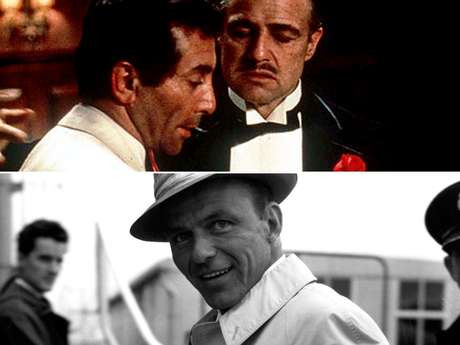 We remember Frank Sinatra today. He was born in New Jersey on this day in 1915.

Was he the greatest male vocalist of the 20th century? I don’t know but he has to be among the finalists.

According to a recently article, Frank Sinatra confronted Mario Puzo, the author of “Godfather”:

“Mario Puzo’s novel The Godfather received acclaim when released in 1969, but not everyone was a fan.

Frank Sinatra was not pleased.

One of many tales intertwined with the legend’s career is the persistent rumor that he was basis for singer (and Vito Corleone godson) Johnny Fontane — the similarities were so striking, in fact, even Sinatra was convinced.

Sinatra was so mad about the apparent similarities, he berated Puzo one night in a Los Angeles hotspot, according to a August 1972 New York Magazine piece by The Godfather author.”

We will never know but it makes for a great story.