By Irina Tsukerman in The Times of Israel:

Bringing Back to Life the Forgotten Dissident Writers of Cuba 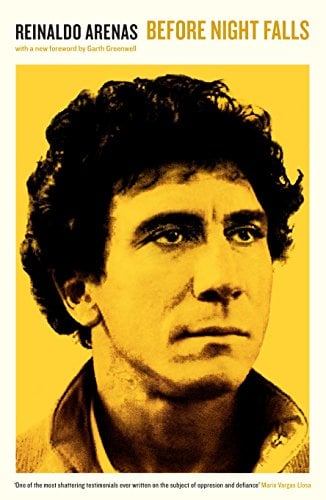 A few years ago, a friend introduced me to “Before Night Falls” (Antes Que Anochezca), Reinaldo Arenas’ memoir of his life in Cuba, his teenage years fighting for Fidel Castro,  his horrific experiences as a gay man in the Castro regime’s monstrous prison system, his escape to the United States via the boatlift in the 1980s, and his experiences as a writer here. One of the most poignant episodes in the book involved the American left turning on Arenas when he condemn the Castro regime and tried to expose its human rights violations. Not only did the left ostracize Mr. Arenas, who was bitterly disillusioned by their reaction, but they turned their backs on the many other suppressed Cuban authors, who longed for freedom and who sought to commemorate the victims and survivors of the regime’s crimes through their writings. At the end of the book, Arenas pays tribute to these forgotten writers who either died in oblivion in Cuba or had tried in vain to get their works published in the United States, only to find no sympathetic ear with the American left.

Under the impression from the book, I immediately searched for these authors online in English or Spanish, and could not find a single name.

The Castros had won.

I was filled with determination to find out what happened to these people, to revive their memory, to not let the regime get away with physical and cultural murders.

I thought that evil should not reign victorious by not only destroying the oppressed, the rebels, the dissidents, the courageous souls who rose up to denounce the statist hatred of individualism, of freedom, but erasing any memory of what they once did. If no memory of these writers remains, who is to say they have ever lived, loved, grappled with fears, displayed courage, and stood up to tyranny? Who is to rebuke the oppressors, to denounce the traitors, to ensure that freedom wins, that courage, honesty, decency, and truth prevail over the deceitful regime machinery?

Alas, I had no answers, nor any real way to find the answers. I did not even know where to start.

I had not forgotten about my goal, however, merely put it away until I had the tools to start the search properly. I ended up working on a project, which sought to expose Soviet crimes against the Jews by documenting sites and stories of oppression. However, the project left me dissatisfied, and I sought more; I sought stories of resistance and courage in the face of evil, something that could give hope to the forgotten dissidents the world over, something that would be relevant to this day. I did not end up working very long on the project, but soon after, found my calling in representation of dissidents and in projects connected to assisting individuals standing up to tyranny in different countries around the world.

Although most of my efforts focused on Muslim majority countries, I had not forgotten Cuba. This past year, my search began anew.  Last week, I found myself at the Victims of Communism Centennial Commemoration. Cuba was mentioned many times, and the theme of memory was explored through various panels. I reflected on the situation we find ourselves in today. Communism did not lose, and triumph of liberty is not yet complete. On the contrary, we face challenges today inside the United States that are leading us down a very dangerous path.  On the left, the fellow travelers of Communism have embedded themselves in the country’s educational, cultural, and communications institutions, and have never been fully exposed or rooted out. On the contrary, they have had decades to exert influence over history, culture, and the minds of many under-educated young people.