Yes, this story is stubbornly refusing to disappear.

And the latest information gleaned from Canadian documents reveals that Canadian government officials were speaking of “sonic attacks” on their diplomats before Americans ever complained about any such thing.

On top of it, the documents also reveal that the Canadian government has taken steps to bury the story.

Nonetheless, the usual suspects — such as extreme Castrophile Senator Jeff Flake of Arizona — are still shifting blame AWAY from the Castro regime and attributing all this to mass hysteria or some mysterious conspiracy on the part of the the Trump administration.

Let’s see what happens next…. 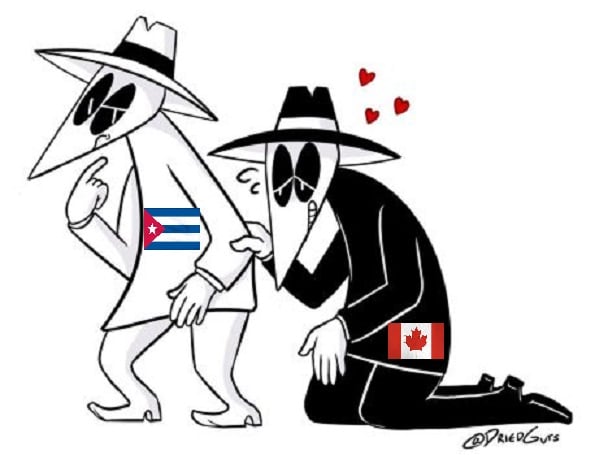 In a May 26 internal email update on the situation — that also affected Canadian personnel — a Canadian foreign service officer wrote: “Starting in late November and lasting until April 21, U.S. diplomats posted to Havana have been a target of acoustic attacks.”

Browse through the document obtained by CBS News by clicking here

According to the documents, on June 18, Health Canada Overseas Medical Advisor Dr. Jeffrey Chernin arrived in Havana for meetings with Canadian embassy staff regarding “possible injuries due to exposure to an acoustic device.”

The records were first obtained by The Canadian Press through a public records request. The 71-pages of internal notes and emails cover a period from April to August. They are heavily redacted, including nearly an entire page that describes the “targets” of the “attacks.” Many documents were originally marked as secret.

1 thought on “Update on “sonic attacks”: Canada blamed Castro regime for injuries, but has tried to hide that fact”