Via the Free Cuba Foundation: 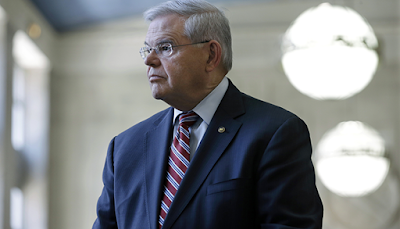 Politically motivated witch-hunt by Obama Administration against Democrat Senator who opposed him on Cuba and Iran policy ends.

On July 31, 2018 the U.S. Justice Department dropped its case against Senator Robert Menendez bringing to an end a four year long witch-hunt following a mistrial back in November 2017.Democrats talk a lot about Russian strongman Vladimir Putin ordering the hacking of the 2016 elections, but are very quiet about Cuba’s Castro dictatorship smearing a sitting Cuban American Democratic Senator in order to sideline him from taking part in the policy debate on Cuba in early 2014 as the leading Democrat in the Senate Foreign Relation Committee.

Despite the Central Intelligence Agency having credible evidence that the Castro regime’s intelligence service was behind the smear the Obama Justice Department refused to pursue that line of investigation, even “though those allegations [against Senator Menendez] didn’t pan out.”

These facts were inconvenient to the Obama’s Administration, then secret drive, to normalize relations with the Castro regime which became public on December 17, 2014.

Three and a half years later the new U.S. – Cuba policy of the Obama Administration has yielded negative results with the Castro regime legitimized and strengthened internationally, causing more harm in Latin America generally, and in Venezuela particularly. Two dozen American diplomats have been seriously harmed in Havana and the embassy shuttered.

Senator Menendez is a profile in courage who confronted the leader of his own party, on what he knew to be great errors in policy in Iran and Cuba that harmed the people of those two countries nd undermined U.S. national interests.

This is in stark contrast to Senator Jeff Flake of Arizona, who has spent a long career as an apologist for dictatorships, even when it endangered American lives.”

2 thoughts on “DOJ drops all charges on Sen. Bob Menendez, ends witch hunt on senator who opposed Obama’s policies in Cuba and Iran”