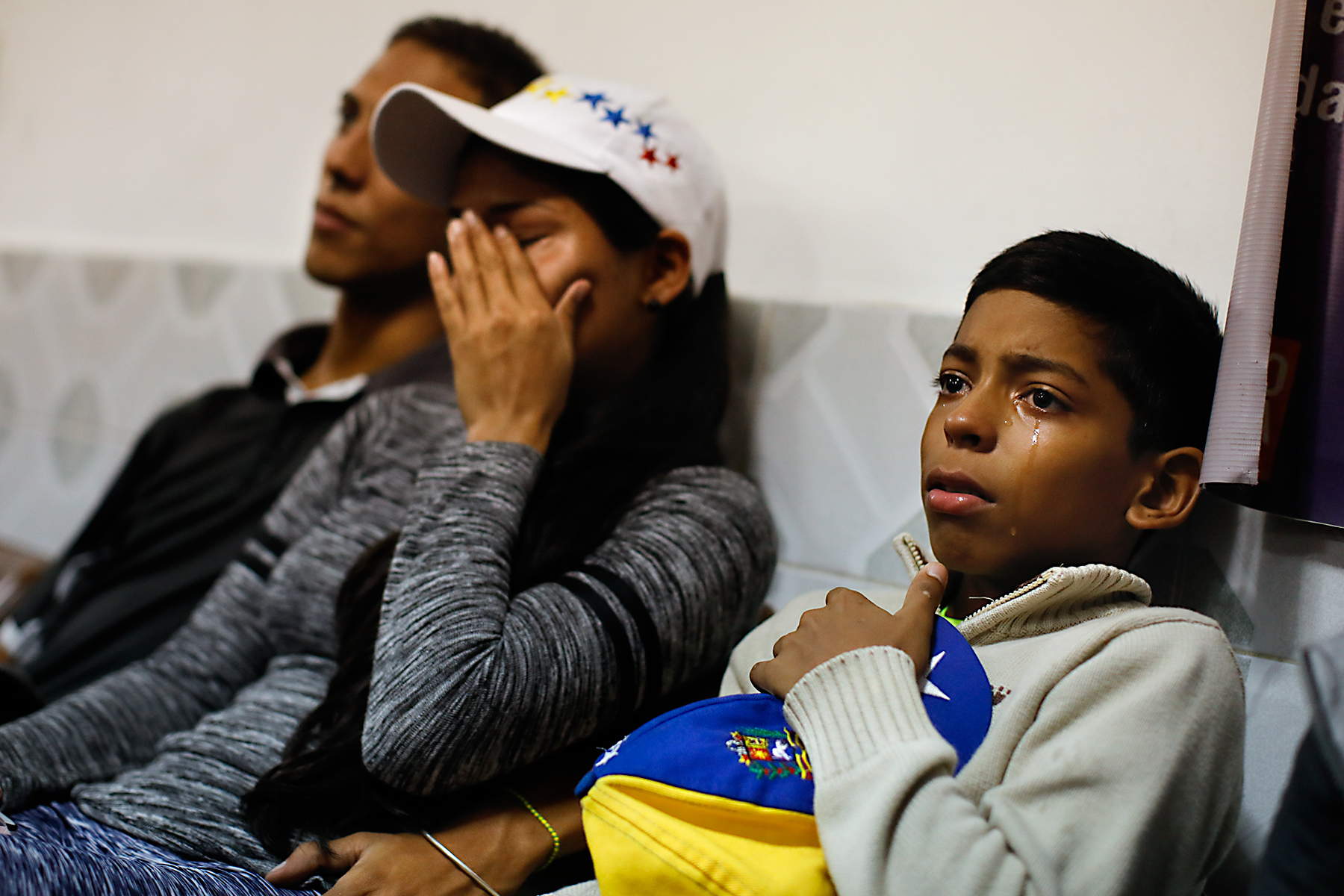 A photographer and reporter from Reuters joined Venezuelans in their escape from the poverty, misery, and repression in what has become Cuba’s Venezuela. Castro-Socialism orchestrated in Havana and implemented by Castro puppet dictator Nicolas Maduro has turned the richest nation in Latin America into a veritable hellhole. Here is the gut-wrenching story.

A journey on a caravan of misery

A Reuters reporter and photographer traveled with a group of migrants as they fled Venezuela, a nation in stomach-dropping free fall where fear and want are the new normal. On a bus ride through five South American countries, the Venezuelans dreamed of a better life ahead — but couldn’t forget the broken land they had left behind.

Just after dawn, dozens of Venezuelans gathered at the dark bus station in Caracas. They lugged one big suitcase each, as well as blankets, toilet paper, cheap bread and jugs of water. Weeping wives, confused children and elderly parents hugged them over and over until it was time to check tickets and weigh bags, then hung back, waiting hours for the bus to leave. When it finally pulled out, the passengers looked down at their loved ones, pounding on the windows and blowing kisses as they speeded out of this crumbling capital city.

On board the bus, web developer Tony Alonzo had sold his childhood guitar to help pay for his ticket to Chile. For months he had been going to bed hungry so that his 5-year-old brother could have something for dinner. Natacha Rodriguez, a machine operator, had been robbed at gunpoint three times in the past year. She was headed for Chile, too, hoping to give her baseball-loving son a better life. Roger Chirinos was leaving his wife and two young children behind to search for work in Ecuador. His outdoor advertising company had come to a bitter end: Protesters tore down his billboards to use as barricades during violent rallies against authoritarian President Nicolas Maduro.

Their bus tells the story of a once-wealthy nation in stomach-dropping free fall, as hundreds of people flee daily from a land where fear and want are the new normal.

By the time dawn rises over Caracas, hungry people are already picking through garbage while kids beg in front of bakeries. Come dusk, many Venezuelans shut themselves inside their homes to avoid muggings and kidnappings. In a country with the world’s largest proven crude reserves, some families now cook with firewood because they cannot find propane. Hospitals lack supplies as basic as disinfectant. Food is so scarce and pricey that the average Venezuelan lost 24 pounds last year.

“I feel Venezuela has succumbed to an irreversible evil,” Chirinos said.

Many blame the country’s precipitous decline on the government of Maduro, who has tightened his grip on power, holding fast to statist policies that have throttled the economy. His government says it is facing a U.S.-led conspiracy to sabotage leftism in Latin America by hoarding goods and stoking inflation.

Poorer by the day, hundreds of thousands of Venezuelans have concluded that escape is their only option. With the country’s currency virtually worthless and air travel beyond the reach of all but elites, buses have become Venezuela’s caravans of misery, rolling day and night to its borders and returning largely empty to begin the process all over again.

The 37 Venezuelans leaving on this day had hocked everything – motorbikes, TVs, even wedding rings – to pay for their escape. Most had never been outside the country before.

For nine days, a reporter and a photographer from Reuters accompanied the migrants as they headed for what they hoped were better days in Ecuador, Peru, Chile and Argentina. For nearly 5,000 miles, they rolled through some of South America’s most spectacular landscapes, including the vertiginous Andean mountain range and the world’s driest desert in Chile. But even though the Venezuelans were awed by the views whizzing by their window, their minds were mostly on the land they had left behind  – and the uncertainty facing them in the lands ahead.

1 thought on “Escaping Cuba’s Venezuela: The caravan of misery”