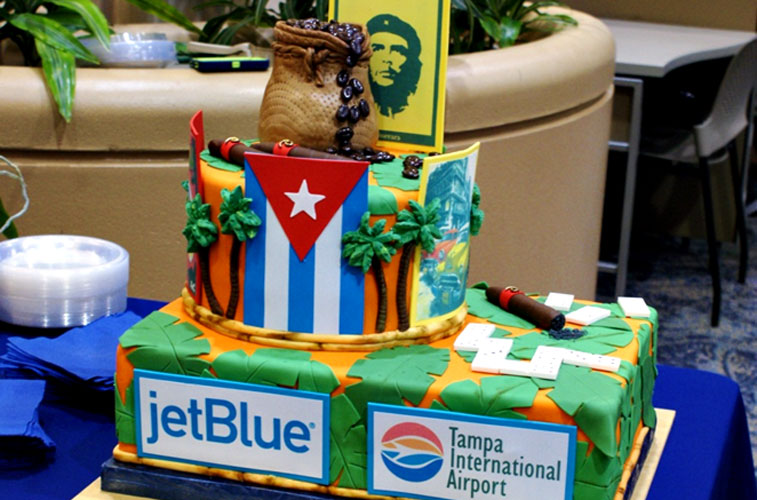 The long-awaited airline routes to apartheid Cuba opened up by President Obama’s surrender to the murderous Castro dictatorship received plenty of fanfare. Once they went into operation, however, U.S. airlines came to the realization that a vacation in a communist island hellhole run by a brutally repressive apartheid regime was not as popular with the American public as they anticipated. Soon after, airlines began reducing and dropping their flights to Cuba, with some airlines abandoning them altogether.

Nevertheless, it appears some U.S. airlines want to expand their trips to apartheid Cuba and are jumping at the opportunity to lose more money.

The Transportation Department tentatively approved Friday four daily and six weekly flights between the U.S. and Havana, after airlines applied for slots that rivals had surrendered.

The proposed allocation calls for:

?JetBlue Airways to get a Sunday-through-Friday flight from Fort Lauderdale and a Saturday flight from Boston. JetBlue proposed to use Airbus A320 planes with 162 seats.

?United Airlines and Mesa Airlines to share flights Sunday through Friday from Houston. United planned to use 737-800 planes with 154 seats and Mesa, operating as United Express, planned to use Embraer 175 aircraft with 76 seats, “as economic conditions warrant,” according to the proposal.

“On behalf of United Airlines, we applaud the U.S. Department of Transportation’s decision to increase United service between Houston and Havana from Saturday-only to daily,” Steve Morrissey, United’s vice president of regulatory and policy, said Friday.

Applicants have 15 days to file objections to the distribution before the decisions become final.

The Obama administration restored flights to Cuba as part of a reopening of diplomatic relations for the first time in more than 50 years with the island 90 miles from Florida.

The Transportation Department set a limit of 20 daily round-trips to Havana, with more flights to other cities, when it reopened scheduled passenger service in February 2016.

The competition to serve the Caribbean destination was fierce, and all Havana slots were allocated by August 2016. But since then, with a weak market and diplomatic tensions, several airlines dropped out.

7 thoughts on “U.S. airlines jump at chance to take over unprofitable and abandoned routes to apartheid Cuba”