After more than a year in a Castro gulag, the health of Cuban prisoner of conscience Dr. Eduardo Cardet is getting worse.

John Suarez reports in Notes from the Cuban Exile Quarter:

One year and four months unjustly imprisoned, Eduardo Cardet, finds his health worsening. Fears that an injury on Eduardo Cardet’s nose requires surgery because it is cancer. 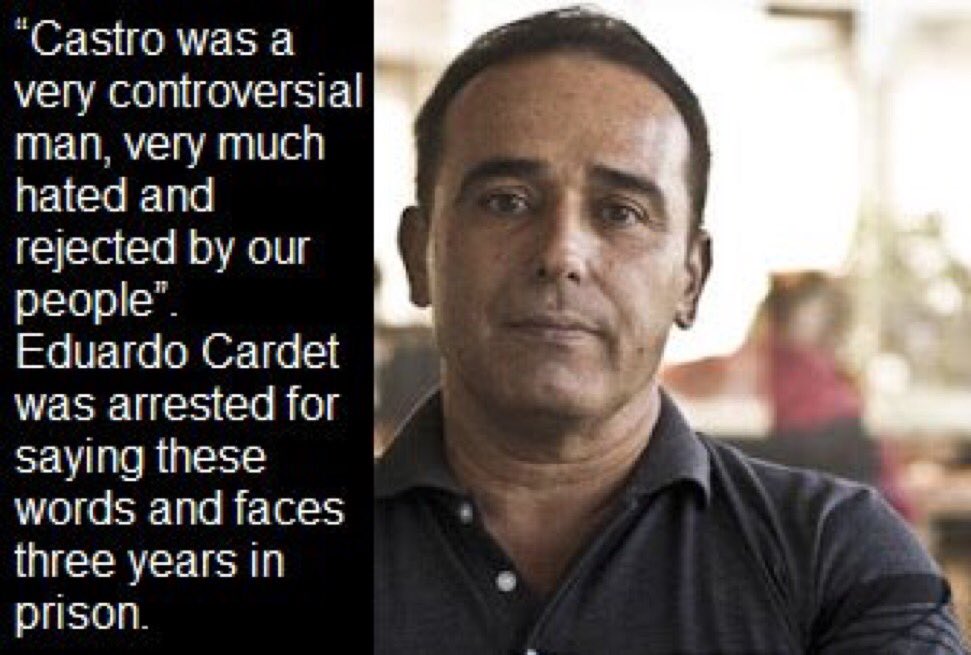 Dr. Eduardo Cardet Concepción, national coordinator of the Christian Liberation Movement, received a family visit on March 23rd in which his wife, Yaimaris Vecino, could confirm that the opponent has a medical situation that requires specialized treatment and possible surgery. She was interviewed by Marti News and the interview (in Spanish) is available below followed by a transcribed excerpt.

“Asthma is hitting him a lot, I had to change the treatment, and we are concerned about an injury that is nasal on the back that is ugly, (…) we are worried that it is a nasal carcinoma,” explained Vecino, a medical doctor by profession to Marti News.