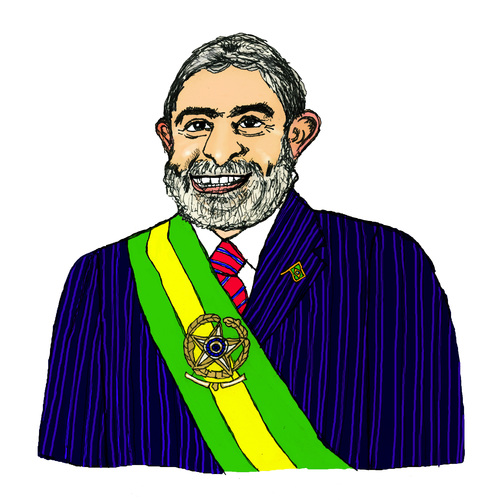 Over the years, I’ve compared Brazil’s ex-president Luiz Inácio Lula da Silva to President Clinton.  In other words, they got away with lots of unethical ways because of a strong economy.

Down in Brazil, no one wanted to talk about President Lula’s corruption because the economy was doing so well.  I remember a Brazilian acquaintance once saying something like this: “Who cares about Lula’s pockets?  My pockets are full.”  He was talking about President Lula’s good timing – i.e., strong economy during his two terms!

It looks as though President Lula’s good luck has finally run out.  The Brazilian economy is not doing much better, or 1% GDP in 2018.  It’s hard to stay popular when you are corrupt to the core and people can’t find all of those jobs that you promised them.

So Lula is going to jail, as a Brazilian court has just decided:

The decision does not prevent Lula, as he is popularly known, from attempting to register on October’s presidential ballot but would mean that the Workers’ Party (PT) candidate would have to campaign from prison.

From prison?  Probably not!

Lula going to prison is the best thing that has happened to Brazil.  It sends a clear signal that the Brazilians are serious about ending the crony capitalism that has made corruption a way of life down there.

My guess is that Lula will have a lot of company in prison soon.  They call it “Car Wash” down in Brazil, and there are lots waiting to get washed.