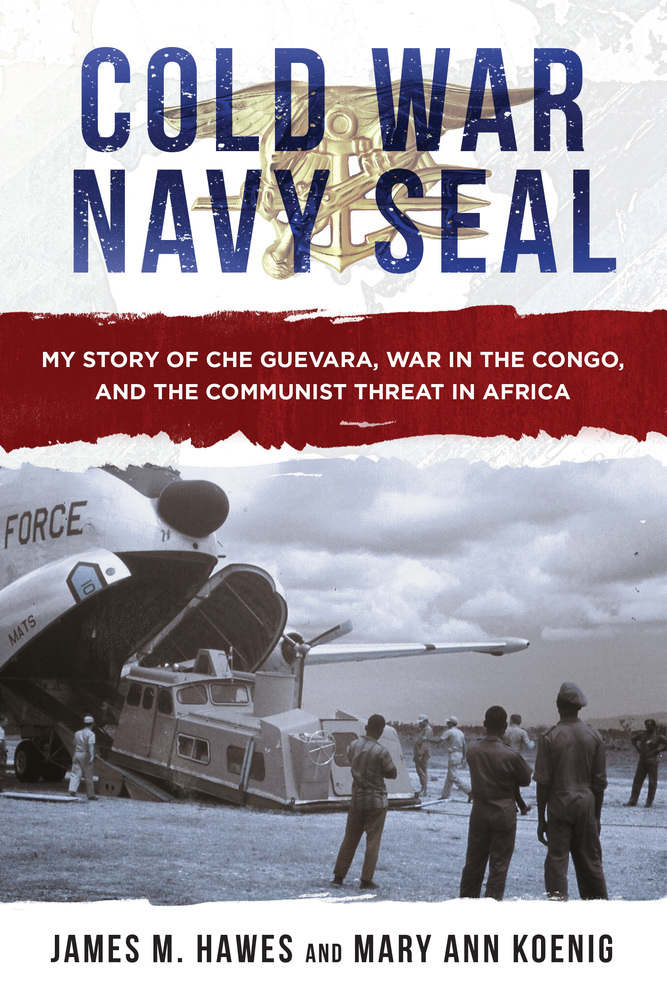 From the book description:

Cold War Navy SEAL gives unprecedented insight into a clandestine chapter in US history through the experiences of Hawes, a distinguished Navy frogman and later a CIA contractor. His journey began as an officer in the newly-formed SEAL Team 2, which then led him to Vietnam in 1964 to train hit-and-run boat teams who ran clandestine raids into North Vietnam. Those raids directly instigated the Gulf of Tonkin Incident. The CIA tapped Hawes to deploy to the Congo, where he would be tasked with creating and leading a paramilitary navy on Lake Tanganyika to disrupt guerilla action in the country. According to the US government, he did not, and could not, exist; he was on his own, 1400 miles from his closest allies, with only periodic letters via air-drop as communication. Hawes recalls recruiting and managing some of the most dangerous mercenaries in Africa, battling rebels with a crew of anti-Castro Cuban exiles, and learning what the rest of the intelligence world was dying to know: the location of Che Guevara.