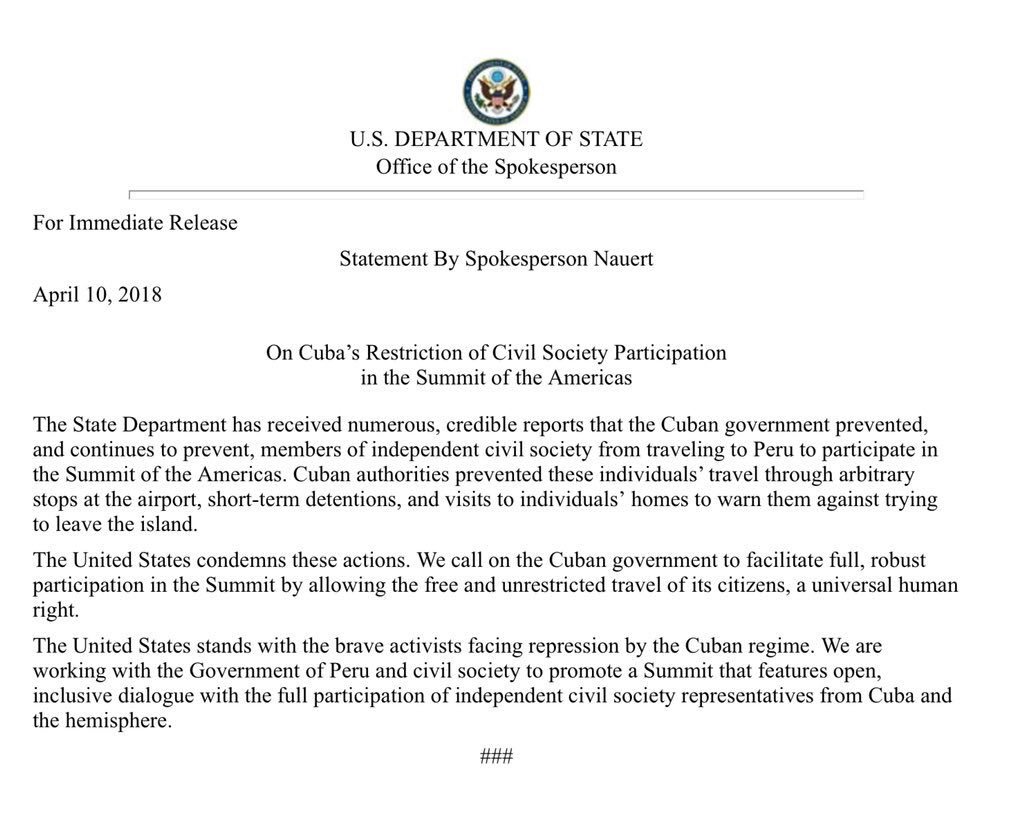 Via the Washington Free Beacon:

U.S. Denounces Cuban Crackdown on Dissidents Traveling to Summit of the Americas

The State Department is condemning efforts by the Cuban government to prevent members of the country’s dissident community from traveling to Peru to participate in the Summit of the Americas later this week.

State Department spokeswoman Heather Nauert on Tuesday said U.S. government officials have received numerous “credible reports” that the Castro regime is preventing political opponents and other members of Cuba’s “independent civil society” from traveling to Peru for the summit.

Nauert said Cuban authorities are using oppressive, undemocratic means to prevent individuals from visiting Peru, including arbitrary stops of travelers at the airport, short-term detentions, and visits to individuals’ homes warning them against trying to leave the island.

“The United States condemns these actions,” she said in a statement. “We call on the Cuban government to facilitate full, robust participation in the Summit by allowing the free and unrestricted travel of its citizens, a universal human right.”

She also said that the United States stands with the “brave activists facing repression by the Cuban regime.”